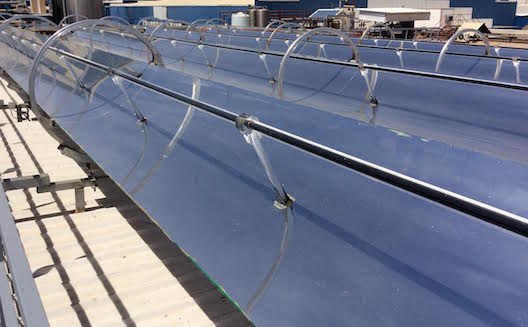 How can we continue humanity’s development while respecting the planet, limiting global warming, and preserving our reserves?

This is the question that’s always been on Moroccan solar energy and desalination expert Mehdi Berrada’s mind, and one he is trying to answer, after a decade of working in Europe, with his startup in Morocco.

A career spent working in the so-called ‘water-energy nexus’ where water is essential for energy production, cooling thermal plants and powering turbines, and energy essential for desalinating water, gave Berrada an appreciation of the importance of finding cleaner ways to run industry.

So in 2012 he decided to create a company, Alto Solution, that would invest in developing high-tech and ground-breaking business-to-business (B2B) technologies that leveraged those two resources.

Berrada told Wamda that the global market potential made the difficulty of building B2B products worth it, and it was through some good management that he’s got where he is today.

The boon of sustainability

Seawater desalination, where salts are removed by distillation or by pushing water through a semipermeable membrane, has become somewhat cheaper and more reliable over time, and governments of arid countries are increasingly viewing it as an answer to their lack of drinkable water.

But desalination requires huge amounts of electricity - up to 55 percent of plants’ total running costs - hence the attraction of renewable energy options.

A Lux Research report published in 2013 predicted that the solar photovoltaic market will grow to touch $155 billion in 2018. Morocco, a country that imports 97 percent of its energy, plans on producing 42 percent of it using solar, hydraulic and wind power by 2020, according to the World Bank.

A large part will a $9 billion solar plant in Ouarzazate, and the rest by individuals and companies.

It’s this context that Alto Solution was born into. When Berrada started the company he had a mission and many ideas, but no concrete plan.
“I selected the big project that seemed the most promising and that could bring the most money, which would let us develop other innovations later,” he said. 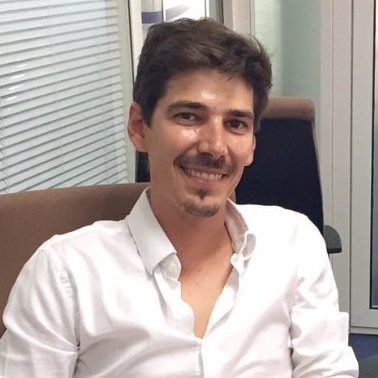 The starting point was HIP: High Pressure for Desalination. This is a technology Barrada (pictured right) invented that simplifies how desalination plants that use membranes - a process called ‘reverse osmosis’ - work. Reverse osmosis forces highly pressurized water through the membrane, which demineralizes and de-ionizes the liquid. Barrada’s patent describes the technology as a single structure that reduces the number of components needed to install a type of filtration cartridge in a plant, and thereby reduce the upfront investment costs and ongoing running costs.

What is Reverse Osmosis? (Image via Puretec)

But funding was scarce. Berrada couldn’t find investment except from the government’s Moroccan Center for Innovationwhich promised 1 million Moroccan dirhams (a little over US$100,000), which covered the construction of the first pilot unit. It took 30 months to receive the first cheque, in August 2015.

While Berrada waited for the subsidy he launched a consultancy called Alto Energie that advised on and selled both large- and small-scale solar energy products. It’s this business that’s funded Berrada’s high-tech and social-impact passion projects, now housed in ‘Alto Labs’, at Alto Solution.

Alongside the HIP technology, the Lab is also commercializing a sea water distiller that can produce 5 to 10 liters of drinkable water per day using only solar energy, and an air heater for schools and dispensaries.

Still, the key to continuing these expensive R&D projects has been careful management. Below Berrada details key methods that helped him build an R&D-heavy industrial hardware company in Morocco.

Stay lean. Berrada doesn’t waste money on fancy offices and has always tightly controlled expenses. He chose his home city of Agadir in the south, distant - but much cheaper - than Morocco’s economic capital Casablanca.

Partner up. He also partnered with other entities to build human talents. A collaboration with a local university Universiapolislet Alto take one student for six months and use the university’s infrastructure and equipment to develop its prototypes.

Two years in a row Alto received Technological Institute of the Canary Islands students as interns for three months, and worked with the Moroccan solar entrepreneurship support Cluster Solaire for the PFE d’Excellence competitions to receive an end-of-study project intern.

Pick the right events. Berrada doesn’t attend many startup events - he doesn’t believe they’re for B2B and long term R&D projects - and yet it’s by attending events that he built his team.  “At the beginning, I’d go to a lot of startup events, I took part in competitions but we’d always leave frustrated because websites and apps would beat us,” he said.

Pick the right team. It’s yet to be made official, but Mauro Pedretti, a retired Swiss civil engineer with a prestigious resume and a history of entrepreneurship has joined the team. Pedretti brings his knowledge of construction and mechanical conception to supervise engineers at Alto Solution.

“In my life, I’ve often had the occasion to work with young engineers. I think it’s our role, as ‘old’ engineers, to help them with our experience, an experience we got from making many mistakes, in the hope they won’t make the same,” Pedretti told Wamda. “Also, I’m convinced that Morocco, but not only Morocco, could, in the middle term, play an important role in the renewables industry,” he said.

Berrada wants to make Alto Solution a serious contender in the MENA cleantech scene, by not only taking on two highly prospective industries but also creating new technologies that have a lower impact on the earth.