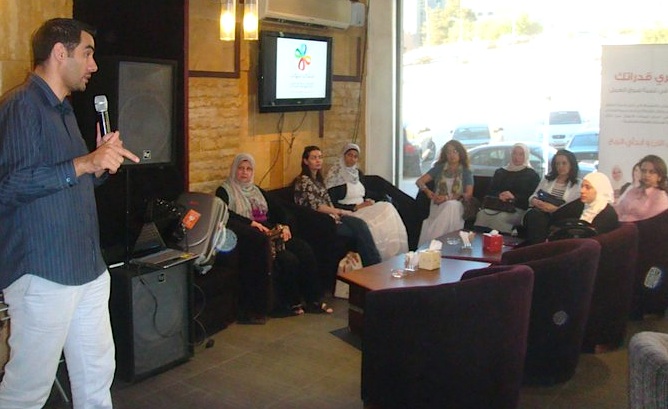 In the wake of funding struggles, Saeed Omar of Jordanian handicraft business Sitat Byoot is transforming his challenges into a vehicle for collective change.

With a name meaning “Women of the Home,” Sitat Byoot has a simple mission: to sell handmade Jordanian products to the local community by offering incentives and training for saleswomen. Stemming from an idea to support the owner’s mother’s tailoring shop, the business boasts items ranging from wicker baskets and clocks to hand-stitched traditional dresses and gold-accented abayas. While neither jobs nor markets are easy to come by in the more socially disadvantaged areas of Amman, Sitat Byoot provides training in sales and online marketing to the women, thus tapping a latent workforce.

The company’s initial revenue model, which resembles the “Tupperware parties” first popularized in the United States in the 1950s, involved an exclusively offline, community-based sales strategy in which women earned more by recruiting their friends to sell. Yet the numerous teams, tiered prices and staggered commission rates proved difficult for investors to understand, much less the saleswomen or a casual observer.

Recently, owner Saeed Omar realized that the project’s continued expansion, and getting investors to bite, would require a shift into e-commerce. Rather than bringing local communities online, though, he decided to target existing online sellers – in his words, “like the women on Etsy,” an American handicraft vendor site. In his new plan, simplified buyer-seller connections would depend largely on Facebook networks. “I will continue to train women who aren’t online, and fight to keep them on board,” said Omar. “But we’ll be stepping into a larger market by taking all of our sales and networks online.”

His ability to pivot into a new vision reflects Omar’s determination to push the company forward. Since launching Sitat Byoot in October 2010, he has faced logistical and financial challenges, including the endless bureaucracy of registering his trademark in Jordan that resulted in a decision to pay three times as much to register through Beirut. Earning the extra money has taken time.

Finding small-scale funding also hasn’t been easy. “What gave me hope was the thought that it’s easier to find investors and support than it was 20 years ago. But then you find out that it isn't as easy as you thought. You are led to believe that everyone's getting funding. But investors are very selective, and we don’t have enough angel investors who are willing to provide smaller amounts to help a startup without controlling it,” say Omar. How small are the amounts that he’s seeking? “Sitat Byoot is in dire need of $2,000 to $5,000. I am vocal about it. But nothing happens.”

Yet Omar’s frustrations have produced something greater than a new revenue model. To transform the funding landscape, he has founded StartupJO, an initiative aimed to connect startups in Jordan in the hope they can support each other. While optimistic rhetoric about entrepreneurship in Jordan abounds, “a lot of conversations are happening behind closed doors,” says Omar. “And we’re not being critical enough or open enough. Open critique will work to enhance the system.”

Ultimately Omar’s willingness to champion the collective voice of StartupJO and generate solidarity among his saleswomen reveals that a new kind of entrepreneur is on the rise in Jordan: one who weaves economic and societal change into the fabric of his company.