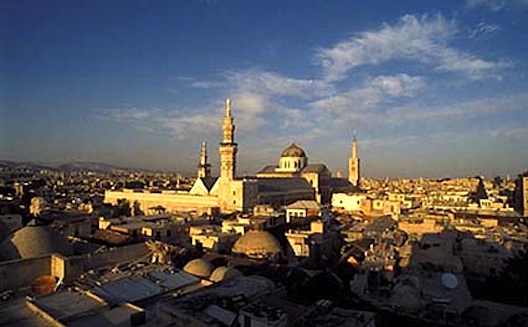 The world lost "the most successful Arab" this past week, when Steve Jobs, founder and former CEO of Apple succumbed to pancreatic cancer, aged 56. I say the most successful Arab, because the unique story of Jobs’s adoption has been made more famous in the wake of his death, especially the fact that his biological father was Syrian graduate student Abdul Fattah ‘John’ Jandali, originally from Homs. How much has his Syrian background affected Steve Jobs's life and career?

Well, not much. Jandali, the son of a self-made millionaire who owned many villages around Homs, only discovered the connection when Jobs was 27. They have never met, although Jandali has sent birthday cards.

While his Arab heritage may have had little to no impact on his life, perhaps the Arab World can still take inspiration from his story. At a time when Arabs are honouring his Syrian heritage, and thanking Jobs for the technical inventions that contributed to the Arab Spring, not only his achievements but his attitude and drive to educate himself, should be inspirational to the region.

Jobs famously followed an unconventional path when it came to education. His birth mother, American graduate student Joanne Carole Schieble, was adamant that he should be college-educated, and his adoptive parents Paul and Clara Jobs promised to fulfill her wish. They sent him to Reed at the age of 17.

However, Jobs dropped out after six months because, as he said, he couldn’t see the value of spending his parent’s life savings on a college education. He went on to found Apple from his parent’s garage. Although he was  fired from his own company in 1985, he returned in 1997 as its CEO. When he resigned in August of this year, Apple. the largest market value of any publicly traded company in the world.

Most universities in the Arab World are geared towards training engineers, lawyers and doctors, as these professions are seen as the path to a financially secure, successful future. But if they followed in Jobs’s footsteps, more people might challenge expectations and follow their passion. It might not always be easy; Jobs spent 18 months sleeping on the floor of his friend’s dorm rooms and scraped together money for food after dropping out, as he mentioned in his now-legendary 2005 commencement address at Stanford University. Yet he also dropped in on classes he was interested in, like calligraphy.

Although Jobs admits that at the time, learning calligraphy did not have "a hope of any practical application in my life," the lessons from his calligraphy classes later inspired the elegant typography of the Mac, which set a higher bar for computer interfaces across the board. Here in the Arab World, artistic courses are lacking and often under-funded, because parents often question the ‘usefulness’ of such subjects. Yet perhaps after hearing Jobs's story, a few more undergraduates will push to take an odd course that might inspire them. 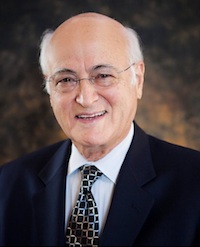 Could he have achieved the same success in the Arab World?

Perhaps Jandali [pictured left] wishes he Jobs could've had more of a direct effect on the Arab World during his lifetime. Jandali has said that he regretted not returning to Syria or Lebanon, and that, given the choice again, he would not have left. In an interview with al-Hayat, Jandali encourages young Arabs to return to the region after attaining a university degree abroad, as there are plenty of opportunities in the Arab world. “The good minds of the Arab World must stay there, as they might be able to help their countries there more than they can here [in the USA].”

Jandali has asserted that Jobs's Arab background had no influence on his success, but also discounts the influence of his American education. “I think that if my son Steve had been brought up with a Syrian name he would have achieved the same success. He has a brilliant mind. And he didn’t finish his university studies. That’s why I think he would have succeeded whatever his background,” he told al-Hayat.

Many young Syrians interviewed by Reuters disagree, saying that if Jobs had grown up in Syria he would ‘not have accomplished anything.’ And indeed it is hard to imagine the Syrian academic system, largely government controlled with a strong focus on engineering and medicine, producing a creative visionary like Jobs. One of the biggest drivers of innovation is independent thinking, and this is what is suppressed by the rote learning popular in many universities across the region, and in Syria in particular. If Jobs had been raised in Syria he most likely would have been forced into an academic straightjacket.

In reality, Jobs disliked authority from an early age. “[At school] I encountered authority of a different kind than I had ever encountered before, and I did not like it,” he said in an interview with the Smithsonian oral project. This rebellious streak would lead to his being sacked at Apple in the 80s, but also likely contributed to the uniqueness of the iMac, iPod, iPhone and iPad.

As a new, freer thinking Syria is struggling to emerge, the Arab world can take inspiration not only from the technology Jobs created, but also the example his life sets. Let us promote the kind of society in which Jobs’ rise to fame, independent of family connection or academic degree, was possible through sheer passion and hard work.

As one twitter user aptly summarised: Steve Jobs was born out of wedlock, put up for adoption at birth, dropped out of college, then changed the world. What's your excuse?