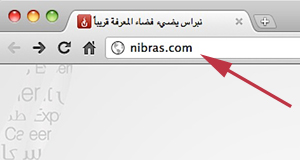 For some, scoring a brand-friendly domain name on the internet might feel like a tough initiation into the world of entrepreneurship.

Unlike more straightforward aspects of building a company, finding a great domain name in 2011 may require a zen-like patience. Having a good instinct for branding is only the beginning. You may create the perfect name, only to realize that its domain is taken.

Yet don’t despair; you may not necessarily need the linguistic dexterity of a master Scrabble player to find a combination that works. There are several tricks you can employ to create new names and narrow down your options in the sea of choices.

Behind every famous domain name or product that you can think of is a fairly straightforward grammar. By embracing a few structures, you can easily start improvising new names.

Some of the most currently most popular names for online companies, for example, are two-word pairings: TechCrunch, MailChimp, Firefox and Hotmail. The vast majority of these pairing can be classified as follows:

However, this is not an exhaustive list; for example, you could try a preposition (LinkedIn, StumpleUpon).

By using specific combinations of word types, you can create a smaller, more controlled playground for experimentation. It also helps to think a bit deeper about the image you’d like to convey; for example, should your name have flowery descriptive nouns or zippy actions words? Or maybe both combined? If you want a sense of action in the name, you may want to stick with a noun + verb pairing.

Noun + noun pairings may also be great to play with for inspiration, since two nouns playing off each other open the possibility to pair together two unlikely or unusual things. Treating the process as a bit of poetry can help you find odd connections that aren’t immediately obvious.

MailChimp, for instance, plays off of the concept of a chimp (cousin of the web monkey) to describe its service, which automates mass mailing at the click of a button. The two-word combination isn’t just a bit of wordplay; it’s also reflective of their core service proposition.

The Arab entrepreneur has even more options for creative combinations in English, as possibilities open with transliterated Arabic words (until domain names in Arabic script become available, we are stuck with transliteration).

Here are some examples of Arabic language words that sound cool even to a non-native speaker: Toosal.com, Nibras.com, and Maktoob.com. Many of the most famous domain names from the Arabic world rely on a singular word.

Perhaps you could try what the CEO of Wamda, Habib Haddad, did with his transliteration of startup Yamli.com, and create a word inspired by an Arabic verb. Yamli is inspired by the Arabic verb "يُملي" (pronounced youmli), which comes from the noun "إملاء" (pronounced “Imla,” referring to dictation or transcription of spoken text. Not only is the meaning preserved, but the word also still rolls off the tongue.

Keeping a flexible mindset is a key part of process; after all, many of the best brands convey an element of fun. Try to keep that in mind while searching for your next breakthrough domain name.

To the startups out there with unique names: how did you get inspired to create yours?