If your answer to which mobile device operating system has the most market share is “iOS,” this article will set you straight. Google, with its open source Android OS and multiple manufacturer strategy (which leverages HTC, Samsung, and Motorola to create Android phones), has managed to take the lead in terms of market share, capturing 45% of users in the US alone.

Although Android may not me be as profitable as iOS when it comes to app sales, it is undeniably gaining loyal followers. Last month, as Apple announced their latest version of their OS, Google revealed that their Android 4.0 code, named Ice Cream Sandwich (ICS), will begin shipping in December on their flagship mobile device, the Galaxy Nexus, and will roll out as an update on select phones in the new year.

Here we’ll take a quick look at some of the improvement coming in ICS, exploring how big of a change the OS will be for Android veterans while also being very easy to use for first time Android buyers. 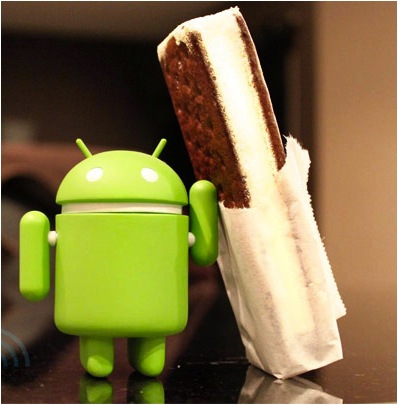 Android has been always been known as an incredibly simple OS to use once you get the hang out of it. It is probably the easiest OS to sync your contacts with; you can just turn on the phone, enter your Gmail password, and your contacts are there wirelessly. With added widgets for popular social media sites such as Twitter, Facebook and Youtube, and more in the Open Source Marketplace, it’s easy to understand why Android has been able to woo so many users during its relatively short existence.

With Android 4.0, coming first to the Galaxy Nexus; Google has pushed the boundaries further by revamping the whole interface, making it sleeker and more futuristic. (I really think it gives you the impression that you truly are holding a phone coming from the future). This new design should be even easier to navigate for first time Android users, according to Google, who are making big bets on increasing their already significant customer base.

Google is also going the way of Microsoft Windows Phone 7.5 and adding a social function called People, which as the name suggests will allow you to keep track of your contacts’ movements in the social media sphere or directly contact them by email or SMS. It’s also convenient that the Galaxy Nexus will feature a built-in Google Plus app as well.

Google has also added some camera improvements to Android 4.0, so that now users can use a panorama function to take nice scenery pictures and can even edit them using ae new photo editor function.

Is Android 4.0 the future of Mobile Technology?

In addition to the previous features, Google has been pushing two new innovations in particular with this OS: Android Beam and Face Unlock.

Android Beam is a feature that allows you to share information (contacts, music, videos, apps) between two phones by letting them touch each other. This technology works using Near-Field Communication (NFC). In the future, Google hopes to leverage NFC and with an upcoming payment system that will combine Google Wallet and Android Beam, allowing users to make quick purchases at Duane Reade, one of the biggest pharmacy chains in the U.S.

Face Unlock, while a bit gimmicky, also holds some potential for future expansion. Face Unlock simply allows the phone owner to unlock his phone by putting the front camera to his face and smiling. While this has not been reported to be a safer security feature than a PIN code or security pattern unlock system, its facial recognition software could prove useful for future innovation if it works well. 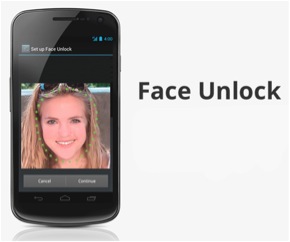 So What’s the Outlook for Google?

It is undeniable that Google is taking a huge gamble with Ice Cream Sandwich,  since it’s debuting a completely new design, changing the game on millions of users who were  accustomed to the old look and feel. But with Apple, Microsoft and even Blackberry making big modifications this year to their operating systems, it was necessary for Google to make a significant change to retain its position as a market leader.

Will Ice Cream Sandwich be a hit? We will have to wait for the release of the Galaxy Nexus to assess that in our next comprehensive review. But one thing is for sure; Google has worked hard to successfully update an aging OS.

All other pictures courtesy of Google.com/Nexus