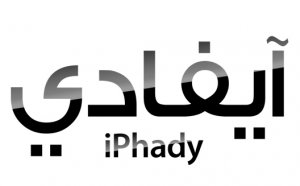 Almost exactly a year ago, three young Saudi entrepreneurs started e-commerce website iPhady to sell only iPhones, iPads and their accessories, delivering them to any place in Saudi Arabia free of charge. Even though e-commerce businesses in Saudi Arabia are not very widespread yet, nor easy to start, iPhady managed to make back 33% of their initial investment in net profit over the first year.

The co-founders of iPhady, 25-year-old computer engineer Ahmad Al-Aloula, 24-year-old programmer Yazeed Al-Souwaylem, and Sayaf Alshehri, a 23-year-old specialized in international business, are strong believers in the power of e-commerce. E-commerce has not been given the credit it deserves in the Saudi market, they say. Yet the lack of players in the market encouraged them to launch iPhady.

The young Saudi trio used their own savings and small investments from family members to support them. Yet after one year of delivering Apple products, the site made up to $250,000 in total revenue. Perhaps this isn't suprising after Apple's recent announcement of its record-breaking Q1 2012 revenue, 58% of which is due to international sales and 73% due to iPhone and iPad sales combined. iPhady's co-founders attribute their success to the choice of good quality products and their low cost marketing strategies, which allow them to offer iPhones and iPads at prices below other outlets in Saudi Arabia.

A lack of good competition also helps. While many Saudi consumers are bombarded with magazine ads for iPhone and iPads, they're relatively hard to find in the market. "Yet we provide these goods at very fair prices, with high quality service and fast free delivery", says CEO Al-Aloula.

One of the difficulties the young Saudi startup faced at the beginning was getting a good shipping offer that suited their small scale budget. But they found one in a well-known company. "Aramex presented a good offer with suitable and easy services which we are very thankful for," says Al-Aloula. Another challenge iPhady struggles with now is keeping up with the technical demands and costs of improving their website.

"We consider all stores that specialize in Apple products retail as competitors, but what differentiates us is our focus on only two of their most demanded products: iPhones and iPads," says Al-Aloula. This focus allows the iPhady team to research the market well and provide a large range of accessories. "We also focus on getting to know the users of our products and following up on all updates and new trends," he explains.

While the Saudi market is an encouraging environment for retailers, due to generally high levels of high disposable income, one flaw in the market is its lack of support for e-commerce startups. "Banks here do not provide easy and accessible payment gateways, and the Sadad service that offers online payment for companies does not cooperate with young online startups at all," says Al-Aloula.

If the environment were more conducive, Saudi Arabia would witness a lot more of online initiatives and startups, he speculates. But thus far, iPhady is paving the way.

"It was surprising for the team that we made it through our first year, even though we had to overcome several obstacles that cost us a lot along the way," says Al-Aloula. The startup is now receiving increasing demands from other Gulf countries and planning to expand soon. "This means that hopefully we'll reach close to twice our profit next year," Al-Aloula says.