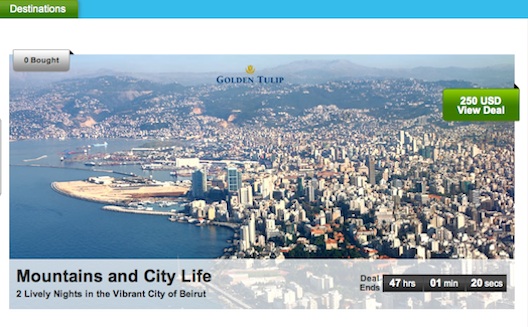 Daily Deal sites in the Middle East region show a staggering growth of 42 % over the last 6 months of 2011.  Is it simply a case of a healthy market, or are we a market behind the curve?

Daily deals are here to stay and are great for consumers. Every morning I wake up to 5 or 6 emails announcing the day’s deal.  Every day there are more vouchers floating around, and everyone is trying new spas, dinners, and salsa lessons.  Just a few years ago, we witnessed the launch of GoNabit (now Living Social) and Cobone. Later, global giant Groupon joined the party, followed by several similar services: DealGobbler, CityLoots, Makhsoom, Joyoffer, Scoupon, MooSavings, TheDealSpace, HuntUrDeals, etc.  Although the end value creation for merchants is still questionable, office water cooler talk is often about an activity related to a voucher redemption recently.

TechCrunch recently reported that “798 daily deal Sites folded In the last 6 months of 2011.”  A closer look at the numbers reveals that the Middle East region shows a staggering growth of 42%, which seems in line with the increasing bombardment of local deals that we see every time we surf the Internet.

So, the question that arises is: what is driving the growth of daily deal sites in the Middle East?  Some would believe it is because we are a younger, smaller market that is simply behind the curve, while others may attribute this growth simply to a healthy e-commerce market fuelled by the region’s petrodollar economies.  However, I believe that there is a third reason that could explain this growth in daily deal websites.

Daily Deals sites are exploding and continue to capture market share from traditional offline commerce.  These websites solve a lot of the problems inherent with e-Commerce that I mentioned in my last article. These e-Commerce businesses fall into the Online-to-Offline (O2O) commerce model, where purchases are made online, and then redeemed in the physical world by the purchaser.  This has two effects.

Firstly, in a region that historically has a significant lack of trust in online shopping, there is an additional level of comfort when collecting a product / service from a physical location. Although payment details are still shared online, the added element of visiting a familiar merchant adds an element of realism to the purchase process, and this drives overall trust in e-commerce as a business channel.

Secondly, for a region that lacks small businesses with an online presence (e.g. business directories, websites, business reviews, etc.), daily deal sites offer a channel for e-marketing and e-commerce that previously never existed. As 020 grows, look for regional e-commerce to grow as both consumers and businesses better acquaint themselves with the online world.

Daily deal sites still have their complaints; skeptics complain that they hurt the merchant’s brand, drive the wrong customer segment into stores, and do nothing to increase customer loyalty. However it seems that daily deal sites are here to stay. A few sites may die due to stagnation, but other 020 business models will be born through innovation to capture a greater share of the massive offline commerce market in this tax free haven.  And with it, the continued growth of a healthy and profitable e-commerce market in the Middle East.