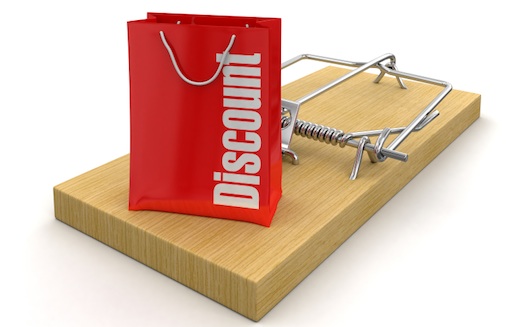 Ever since the world witnessed Groupon’s meteoric rise, from its launch in November 2008, with close to $6 million in seed funding under its belt, to rumors of a $20 billion valuation by June 2011, group buying sites have cropped up all over the globe in hopes of grabbing a slice of the pie. Since U.S. deal site LivingSocial validated the Arab World e-commerce market by acquiring GoNabit this June, group buying seems to be spreading nowhere more quickly than in the Middle East and North Africa. We count at least 15 sites that launched in the past year. Is this growth sustainable?

In the current Middle East market, low rates of e-commerce may make it easy for daily deal companies to set up a site and expand. Yet the flaws of the group buying model itself leave it prone to disaster if not executed carefully.

The model is simple enough: sites offer a daily discount at a local restaurant or retailer. Yet the discount only goes through if a minimum number of people sign up. That’s what makes it a “group coupon” or “groupon.” It appeals to stores because it guarantees them a certain number of customers without having to invest in traditional advertising. Group buying sites, meanwhile, make money by taking a commission of the sale, and customers now gets services for less- everyone is happy.

Except when it goes terribly wrong, as happened at Posie’s Café in the U.S. The café lost money by signing up with Groupon, because the price and timing of the deal were convenient for Groupon but not for Posie’s. Customers flooded the store, became frustrated, and several defrauded the store by cashing in the same coupon repeatedly. The group buying model may also inflict higher costs on retailers than they realize, while not bringing in repeat customers.

When it comes to Groupon in particular, the misrepresentation doesn’t end there. Its accounting practices came under fire this fall, as S.E.C. investigation revealed that the daily deal giant was attempting to conceal net losses of over $400 million in 2010. The company’s IPO has now plummeted to between $5 and $10 billion, causing founder Andrew Mason to vent bluntly about bad press in a scathing internal memo.

Groupon’s cautionary tale will hopefully warn group buying sites in this region to keep their practices transparent. Yet as the trend accelerates across the Gulf and Levant, it’s likely that stories of retailer disappointment will inevitably surface here as well.

GoNabit founder Dan Stuart acknowledges that he watches the numbers carefully to avoid exactly the type of bad experience that occurred at Posie’s. “We don’t want to sell more than 30% of the business's capacity,” he says. “30% often bundles into more than 30%, because customers flock to a business at popular times. Selling 50 is not a big deal, but we recently had a beach deal that sold 800 vouchers, so we have to be careful.”

As part of LivingSocial, GoNabit now mirrors its parent company's practices to avidly track yield and traffic.  “We turn away deals if we think there will be capacity issues. We also try to our distribute our deal volume by selling to more merchants rather than more to the same merchants.”

When it comes to pleasing customers, the region also presents unique challenges. Prominently, the online credit card use that defines U.S. consumption is simply not as popular in Middle East markets such as Egypt. There, sites like fierce GoNabit rival Cobone offer cash-on-delivery (COD) sevices to cater to the majority. While GoNabit’s initial refusal to offer COD may have made its acquisition easier, it will now begin offering the service simply to keep pace, marking LivingSocial’s first offer of cash-on-delivery in any location. Yet it remains to be seen whether or not COD will allow e-commerce to truly take hold.

As GoNabit and Cobone duke it out for enticing deals and happy clients across the region, Egypt, in fact, may prove to be a good testing ground. Both companies launched in Cairo this spring, where they now compete with local group buying site Offerna, which recently received investment from Egyptian venture capital firm Ideavelopers. As local businesses get back on their feet after the revolution, it will be interesting to see if daily deal sites can successfully navigate the crowd rush in the Arab World’s biggest city to truly help companies rebuild their customer base. Something tells me a disgruntled shopkeeper in Egypt won’t have a problem raising a fuss these days.