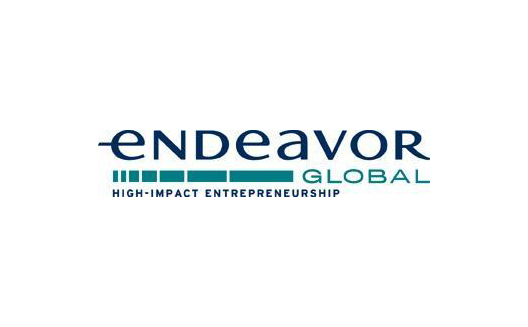 Two weeks ago I had the opportunity to attend Endeavor’s 42nd International Selection Panel (ISP) in Dubai. For those who don't know, Endeavor is a non-profit whose mandate is to boost "high-impact entrepreneurs.” Because of its focus on those entrepreneurs who can scale and create a large amount of jobs, notorious Middle East commenter Thomas Friedman has said that it's the "best anti-poverty program of all."

Similar events to the ISP in Dubai are held in different locations around the world six times a year, offering an opportunity for entrepreneurs to showcase their talents and their businesses to some of the most successful business people on the planet. It is not a competition; companies are chosen on their individual merits and are not compared with other entrants; as many as all and as few as none can be selected as Endeavor Entrepreneurs at any given event.

Entrepreneurs in attendance came from a wide variety of industries, ranging from a software developer whose main product “Prey” is capable of taking a picture of anyone using your computer if it has been stolen, to “Football United,” the official retail store of the largest football club in Egypt.

No matter what industry the entrepreneurs came from, it was clear that all of them were very hungry to succeed. Some showed it more than others, but even with the shyer candidates, it did not take much digging to discover that their passion in life was their company; each of them cared about their businesses more than anything else. This relationship was highlighted as entrepreneurs began to receive feedback from panellists. Those with “good” ideas and businesses were instantly happier and more energized, and many of the candidates’ confidence increased dramatically.

Hopefully increased confidence will not lead to worse judgement in the long run. The importance of staying humble was emphasized to me by Arif Naqvi, Founder and Group CEO of Abraaj Capital, who mentioned that, in general, entrepreneurs should not dwell on the admiration they receive from others, but rather should focus on building their companies.

Those on the other end of the spectrum might also benefit from staying focused on development; those whose ideas were criticized seemed to get slightly depressed almost straight away. There was one candidate however, whose optimism persevered. Even after not being selected to be an Endeavor entrepreneur he told me, “It’s fine, I still have my company,” with a large smile on his face.

Personally, I believe that if you really believe in what you are doing that should count for more than what others might tell you at a single event, you need to believe in yourself first, because many people will doubt what you are doing. As panelist Abdulaziz Al Omran said, “it’s easy for us to sit here and criticize these entrepreneurs, but they are really doing something great.”

As an admirer of entrepreneurs, it was interesting to discover the paths these entrepreneurs had taken to arrive where they had. Some had never had a “real job;” others had worked for more than ten years before venturing out on their own. The one quality that they all had in common was that they had discovered a gap in the market that wasn’t filled. This meant they either found that something at a particular price point or level of quality wasn’t currently offered, or, as in the case of “Prey,” they realized that there was what I’ll call here a “natural human need” for a product that simply hadn’t been created yet.

Sitting on the sidelines of the event and listening to entrepreneurs present their businesses and the responses of their well-established counterparts, I learned five invaluable lessons that I want to share:

In the end, 20 entrepreneurs from Egypt, Turkey, Brazil, Chile, and Mexico were chosen to join Endeavor’s pool of 676 total entrepreneurs, who work in 422 companies spanning 12 emerging market countries. I recommend that anyone who is thinking about taking their company to the next level considers Endeavor and the enormous benefits they offer to help them accelerate. The five points above are only a tiny glimpse into what the organization has to offer. I wish I could learn more; I guess the only way would be to one day apply myself, and I encourage anyone else who is interested in social entrepreneurship to do the same.