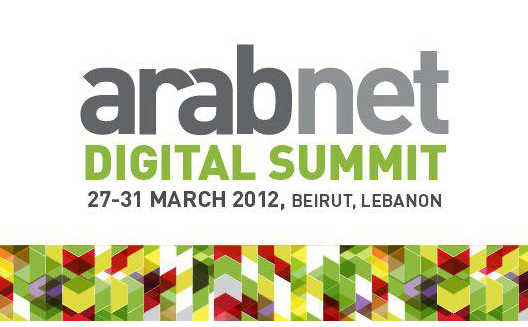 Today, many satisfied entrepreneurs, venture capitalists, companies, officials and others can look back at a successful third edition of Arabnet. The conference was buzzing with optimism as entrepreneurs from across the region dismissed existing obstacles to success, including political barriers, as inferior to a great idea. And the speakers showed that they were right; from shipping to gaming, entrepreneurs shared their stories of success. “The web is incredibly Darwinian, it is accessible to everybody but if you’re not world class you’re not going to win” said Saad Khan, Partner at American Venture Capital firm CMEA, during the opening panel ‘Hot trends in web and mobile.’

There were several key threads running through the conference; think mobile, create Arabic content, go social to engage your customers and consider the potential of e-commerce.

Mobile is hot, and its potential is only going to build. Already, smartphone penetration in Saudi Arabia is 26%, one percentage point higher than the UK. With the huge number of young people in the region, who adopt new technologies relatively swiftly, rates are destined to grow. One billion users, many in the MENA region will go online for the first time this year using a mobile device, said Ahmad Hamzawi, Google’s Head of New Business development for the region, as part of his 12 mobile predictions for 2012. Talks focused on how telecom operators could exploit these opportunities by offering original content, and how mobile could be used effectively in advertising.

Barry Newstead, Chief Global Development Officer at Wikipedia, pointed to the lack of Arabic content on the web during his keynote speech, “Why Wikipedia is important to the future of the Arabic internet.” Wikipedia is the fifth most visited website in the world, with 480 million unique visitors a month, including 10 million from MENA. The website carries 21 million articles in 280 languages, but there are only 100,000 articles in Arabic, while there are 384 million Arabic speakers.  He illustrated the importance of creating Arabic content with a captivating video. “The growth of Arab Wikipedia is the key to the growth of the internet,” said Newstead. Blogger Asaad Thebian (@beirutiyat) captured the spirit, tweeting “If you really care about Arab content - write an article a week for Wikipedia in Arabic.”

The importance of Arabic was also emphasised by younger companies, with translation startup Qordoba stating that, in Saudi Arabia, 76% of browsers prefer Arabic content. This statistic was also relevant to game developers, for whom Saudi Arabia is an attractive market due to its high purchasing power. Several talks tackled the obstacles game developers face in the region, including a well-attended session during the Community Day which promoted the Netherlands Gaming Award as a launching platform for Lebanese games. All sides emphasized the need for developers to create original Arabic content, rather than importing and ‘Arabising’ international games.

The shout out to the Arabic content gap continued with Amina Belghiti, Facebook’s head of marketing for the region, who appealed to the crowd for more Arabic apps, and apps from the MENA region in general, on Facebook. She spoke about Timeline applications as “Facebook’s most important development to date,” and encouraged entrepreneurs to take advantage of its features to reach consumers. Her talk title, “The Power of the Graph,” referred to the data mining potential of Timeline, which shows what you do, rather than what you “like.”

Socialbakers founder Jan Rezan continued in the same vein and announced a new metric to track  company activity on Facebook. The social media analytics company’s new metric measures engagement on a daily rate via Facebook, rather than engagement per post. There are over 65 million Facebook users in the Middle East, according to Rezan, making it a tool worth using.

Lastly, many were betting on the potential of e-commerce. The market is still relatively small, at $4 billion a year, but has huge potential; 39% intend to purchase online in the future. The largest round of applause was reserved for Ahmed Alkhatib, the CEO and founder of MarkaVIP, though that might have had something to do with the fashion show that preceded his talk. Al Khatib spoke of his flash sales online shopping community, which offers its members branded items at huge discounts, and announced that they’re aiming for revenues of $100 million for 2012.

Addressing the issues of setting up e-commerce in Saudi Arabia, Osama Natto, CEO of Innovative Business Solutions, touched upon three obstacles which plague businesses throughout the region. First, the lack of a functioning, standardized address system complicates shipping. Secondly, monetization is an issue, as many consumers don’t have credit cards. And finally, local brands don’t enjoy the same trust as larger companies such as Amazon. There are ways of getting around these obstacles, however, as MarkaVIP demonstrated. In the hall, there were plenty of aspiring businesses banking on e-commerce, particularly for female customers, such as fashion flash sales site Chouchic and makeup  sample service Glambox.

Attendees tweeted up a storm, and one could follow these live on what one attendee described as “the biggest screen I’ve ever seen.” Audiences also participated actively in often-requested shows of hands, nowhere more effectively than in the panel on Investing in technology, in which moderator Ben Rooney, Tech Editor of the Wall Street Journal Europe, asked the audience if the venture capitalist industry in the region was actually fulfilling its purpose. Not a single hand went up. Yet startups that walked away from the conference with a deal in the bag, such as the winners of the Ideathon and Startup Demos, might disagree.

Since the start of Arabnet three years ago, the region has come a long way. The field is still young and many entrepreneurs brimming with potential are finding it hard to find the cash to back their dreams. But at least at Arabnet they could find the inspiration and connections to help them along the way.