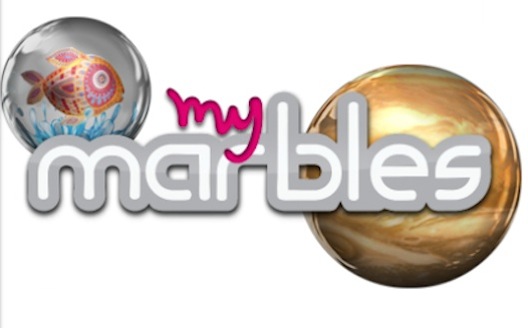 The deal is Chillingo's first to be announced in the region and a coup for TakTek, which has only produced two web-based games since its founding in 2010, Facebook game Ringleader and a web and iPad game developed for Volvo Middle East. By signing with a one of the world's biggest mobile game publishers, TakTek stands to elevate the status of Jordanian game development worldwide.

Is this an arrival moment? "It's nice," says co-founder Gaith Kawar, sounding relaxed over a Skype call after a TakTek board meeting. "But that moment will come when we sell our first million downloads. We need to see how the game actually performs."

Like Angry Birds, My Marbles demands accuracy, but combines action with strategy. Players must shoot marbles of differing values at targets in a rendered 3D space, trying to get from 36 marbles to 250. Hitting a target means gaining points and marbles as players advance through 36 levels; missing means losing the marble for the rest of the game.

After building the game in about 5 months, brothers and co-founders Gaith and Yazan Kawar, shopped a preliminary version around at the Game Developers Conference in San Francisco this March. "If we didn't get any publishers there, we would have just published it ourselves," says Kawar. But the majority of the publishers bit.

For My Marbles, they chose the big fish: Chillingo. But another deal will be announced soon, Kawar hints.

So what's their secret to creating an appealing game? Research, research, research. The Kawars spent two years simply researching the market, and didn't fully staff up until January 2011.

When they did build their team, the Kawars decided to make their company 100% Jordanian. "We wanted to do everything locally, from A to Z." says Gaith. As one of the first gaming studios in Jordan, they couldn't find experienced game developers locally, but they followed down the path that fellow Jordanian gaming company Maysalward also traveled, and built a solid training pipeline.

While instructing passionate developers and designers in game development and design, TakTek created teams of focused experts rather than multitaskers. "It was a challenge to find the right people and train them," says Kawar. "No one on our teams has any kind of degree in gaming, but with proper management and guidance, they can build anything."

The team is now pushing ahead to hone its current games as it continues to experiment with new ideas. The Chillingo deal will expand TakTek's possibilities for publishing on other relevant platforms, while also increasing its access to early feedback; incorporating publisher feedback took My Marbles to a new level of polish, says Kawar.

While the studio is aiming for an international audience currently, they hope to localize more in the future and go regional. While some game developers start regional and then go international, TakTek has done the opposite. "Our experience going international will prepare us for the regional market, which is less developed in terms of publishing platforms," says Kawar, who recently entered Mowgli's mentoring program.

Either way, TakTek will put Jordan on the map in the gaming community, if My Marbles is any fun to play. Stay tuned for a review of the game once it launches for iPhone, iPad, and Android, likely in July. "We didn't expect to be this far ahead in this sort of a time, so 2012 is going to be a very interesting year for us."