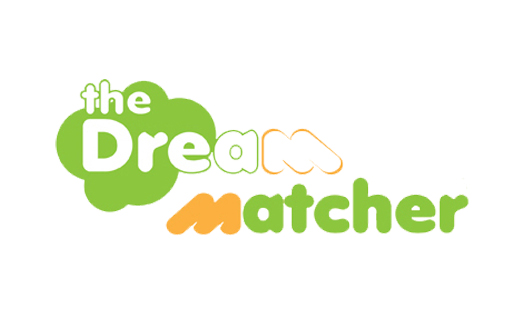 I was recently invited to a second dream matching event in Beirut by The Dream Matcher,  an ambitious project that aims to improve the probability of people realizing their dreams, through funding, donation, or just sheer desire to help, said the founder Ali Chehade, a media professional who started the concept as a TV show.

After seeing the cost of adapting it on TV, Ali changed the concept to a social network and based his master’s degree thesis on it, receiving a lot of positive feedback from his professors in the US.

In the future, Chehade also plans to introduce premium membership services such as Dream Counselors, or "people who help you maximize your ability to realize your dream,” also adding to the platform the ability to post an unlimited number of dreams and to ask others money to fund dreams such as "building a house,” he says.

With Facebook's recent IPO, one can assume social network sites have hit the mainstream and are here to stay. Yet this success might be more short lived than we think, as more and more users experience frustration, mainly over privacy concerns. Therefore, social network alternatives with unique value propositions targeting niches are picking up steam, not only in the developed countries, but emerging ones as well, including the Middle East.

Facebook makes sharing easy — too easy, some would say. Because one's social network often consists not only of actual friends but also relatives and sort-of friends, along with sort-of friends of their sort-of friends, you need to be careful about what you post. On the other hand, newer social networks, like Path, FamilyLeaf and Pair offer a range of constraints. A Path network, available only on Smartphones, has a maximum of 150 friends. Pair, which like Path is for Smartphones only, is as small as a social network can be: just one other person.

Evolutionary anthropologist Robin Dunbar afffirms that “social networks resemble a set of concentric circles; 150 people constitute the outer boundary of friends, 50 is the limit for trusted friends, 15 for good friends, and five for best friends.”

When Path introduced its social network, it limited friend circles to 50, yet it raised the maximum to 150 because, users "like the headroom," founder Dave Morin explained in a recent New York Times article. While a user can belong to mulitple networks, each network has a designated gatekeeper, he explained. Path now boasts more than a million active users, with an average of 40 friends.

These micro- and super-micro-size social networks aren't competing directly with Facebook or even with one another. They are offering niche products that suit a need for social media savvy and conscious users that like sites with unique value that also respect their privacy concerns, like The Dream Matcher.

Back to The Dream Matcher Event, one can notice a trend of social networking combined with real face to face engagement enhancing the value of the product. The Dream Matcher is planning to go further, introducing an app in the near future that will alert you “with a match” when you are in a public place and one of your dreams can be accomplished with a person within a 20 foot radius.

The event itself was sold out, with young people flocking to it to voice modest dreams wanting to travel by plane for the first time or fighting hunger by advocating population control methods. During the event, attendees got to choose three dreams that they wished to accomplish and post them on a board under a three main category options: “Meet a celebrity”, “Travel”, and “Learn a skill.”

While chitchatting about dreams within small groups, we were able to understand each other's dreams, make suggestions about how they could come true, and match with each other to make that happen. I found a match to help me learn how to code or program, and got others were matched to learn “America English Slang.” I had a wonderful experience meeting people and discussing dreams for a change, a subject which is outside the norm in Lebanon where most people talk politics, the economy, and other daily issues when they get together.

So maybe dreams can come true now not just in Hollywood, but in Beirut too.