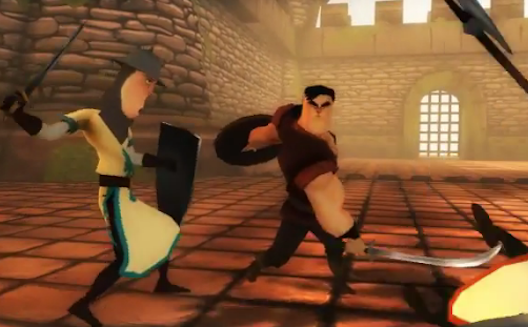 The co-creator of one of Turkey's biggest web gaming platforms, Sanalika, has now launched a demo of his first iOS mobile game, Bhalamir, targeted at the Arab World and Turkey.

Since Turkish entrepreneur Mehmet Ecevit launched a 40-minute demo of the third-person fighter action and adventure game on Friday, it has seen 21,500 downloads, 4,200 of which are from the MENA region, and it is currently ranked 20th among free iPhone and iPad apps in Saudi Arabia.

"We weren't expecting this number of downloads," he says. "Especially not from 60 countries; nor did we expect to rank in Saudi Arabia, as we didn't spend anything on advertisement."

Yet targeting the MENA market was a conscious decision that led Ecevit to found new mobile gaming company Meta Games in January of this year, along with Arda Kutsal, the founder of leading Turkish tech blog Webrazzi, and a 3D modeler and illustrator who previously worked alongside him at Sanalika.

While working as the CTO and Managing Partner at Sanalika from its launch in 2008 to 2011, Ecevit helped its virtual world of multiplayer games attract a community of over 12 million users. Last year, however, Ecevit decided that his future lay in mobile, and in looking outside of Turkish-language game development, towards the MENA region and Europe.

"I believe that future of gaming is in mobile," he says. "My partners at Sanalika  and I had a different vision, so I sold my shares and started Meta Games to focus on mobile. While Europe is our first target, I'm also focusing on the MENA region, because our cultures are similar," he says. Bhalamir is, pointedly, not a Turkish game, but rather developed in English to appeal broadly.

While his team of three developed the demo in only 4 months, they plan to release the full version later this year after incorporating feedback. "We thought that if we created a game in a very short time and released it on the app store, we would get feedback. Our goal in the future is to develop longer games for the iPhone."

Meta Games also plans to release a second arcade title, in which players try to rescue rabbits from an evil lab. After the initial success of Bhalamir, the company is currently in the process of securing funding.

A quick look at the game reveals the reasons for its initial success: the 3D graphics set the game apart, creating a complete, movie-like feel as the view zooms around lushly rendered scenes. And an easy-to-use, intuitive navigation button that operates like a joystick for the touch screen makes navigation simpler than when using compass-style buttons. The players speak with a Turkish accent, which helps establish the game's setting, and the soundtrack is atmospheric and haunting- another of the game's strengths. Ecevit mentioned that it was created by a famous composer, and, once playing the game, I am reminded of this fact; it shows.

The only criticism I have is that while the game involves a little skill exploring its world, the actions themselves, murdering guards with a sword, are relatively simple, and the omniscient viewpoint from above makes it slightly difficult to gauge the proximity of the foes that Bhalamir must fight to save his love's father.

But this demo will undoubtedly whet user's appetites for the full version later this year.

Screenshots below. Bhalamir is available for iPhone and iPad in the Apple store. 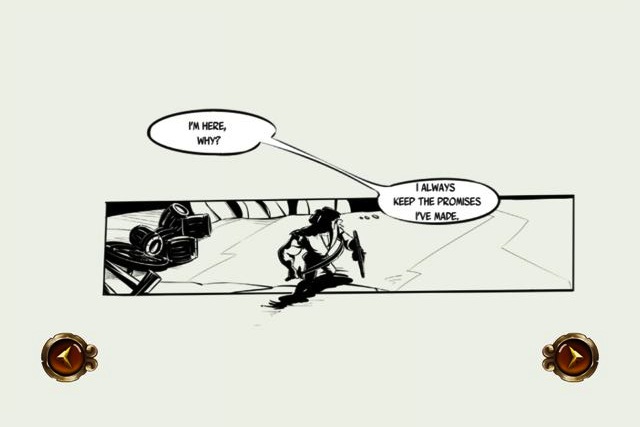 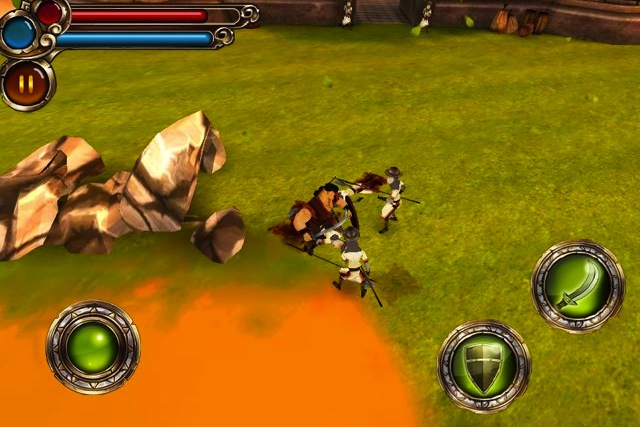 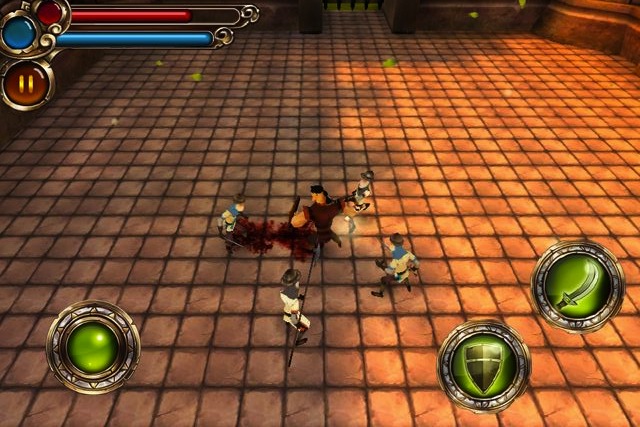 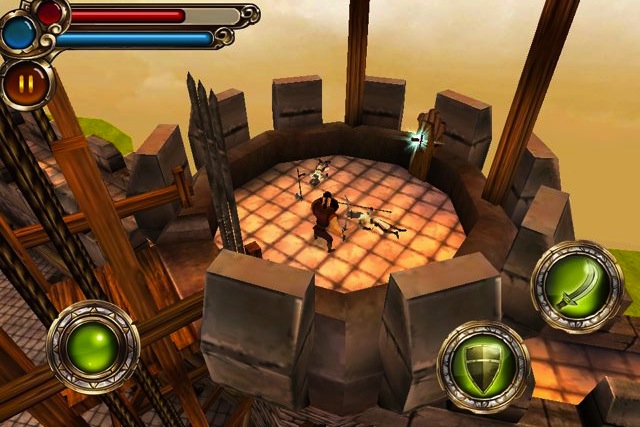