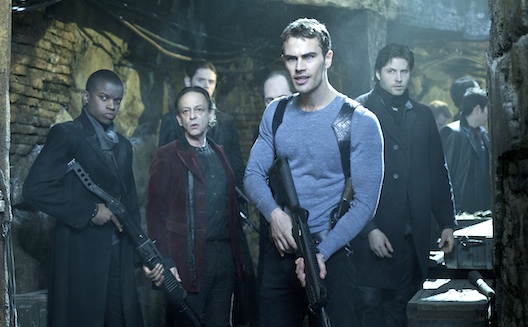 Apple is the most valuable company around the world. Google is the search titan and the innovative platform in the tech industry. Microsoft is the world biggest software company.  Pinterest was recently valued at 1.5 billion. Instagram has been acquired by Facebook for an obnoxious sum, and now, Facebook has finally gone public.

When all these stories are mentioned, the first thing that comes up to my mind is the relationship between the entrepreneur, the investors involved, and how it all came together in the first place. I ask: Was it easy? Was it hard? How it can be done? Can these stories be repeated?

Often, the relationship between entrepreneurs and investors is filled with subtle tensions.

You might notice this in an entrepreneur’s article describing that VCs “never listened,” “were pushy,” or alleging that “all they care about is the money.” On the other hand, you will find some investors claiming that entrepreneurs “are stubborn” or “know nothing about the business world,” sniping, “we can’t always be leaving money on the table for them.”

Entrepreneurs might see investors as “vampires”, the rich nobles that suck the blood out of their victims (entrepreneurs!). And investors might deal with the Entrepreneurs as though they are “lycans,” creatures that have strong supernatural powers but use them savagely and waste the good and the green (the money!).

In old legends, they say that the war between the vampires and the lycans is eternal.  They also said that any kind of truce between the two races is a figment of the imagination.

However, when it comes to entrepreneurs and investors, there are three things that both and entrepreneurs could do to understand each other better. This may help each party get to know the reasons why sometimes its counterpart acts in a manner that seems to frustrate.

I was originally a venture capitalist, so I have lived the tension of this “war” myself. Yet when I tried to found a company, I tried the life of an entrepreneur and from here I began to sense the pressure on both sides.

First, the Investors:  Here are three points that may aid you when dealing with The Entrepreneurs:

1. Understand the feelings of an entrepreneur

First, you need to understand that this company or venture in which you are investing is everything to the entrepreneur. It is his or her dream, hope, target and future. The entrepreneur senses that this company is his own child. He or she has likely risked most of his or her capital, career, and even personal life to make it succeed. So don’t be surprised if they acted aggressively sometimes, if they feel the investor is trying to take control.

As business professionals, you need to exhibit leadership, communicating to the entrepreneur that you both have common point of interests. You will sometimes need to give him his space and allow him to make the decisions. I have known venture capitalists that interfere in every single decision the entrepreneur takes and this is not right. In the end, the investor’s role is to monitor the results, audit, give assistance and interfere when required or when necessary if the venture is off-track or an action might jeopardize the investment.

3. Remember: it’s all about the human capital

In the end, you should remember that your main investment is in the entrepreneur, not the venture. Only the entrepreneur will be the shareholder most invested in making the venture succeed because originally it was his or her main idea and investment. So it’s best to encourage his or her enthusiasm, rather than considering  it as a threat.

Now, the Entrepreneurs. I consider myself blessed because most of my life I have been surrounded by entrepreneurs. I have learned a lot from them, and they make life less boring and give me the sense that something about tomorrow is going to be exciting. They are always active, thoughtful and hungry for more.

Entrepreneurs, Here are three points that may help you deal with investors, specifically venture capitalists:

1. Understand the life of a venture capitalist.

Being a venture capitalist is demanding. From the moment we construct the fund to the moment we close a deal, we are subject to intense pressure. We conduct road shows, present strategies, follow on legalities, source opportunities and try to raise capital from Limited Partners. We have to justify every penny we burn in each new venture, calculate the risk and return, and decide how much are we going to invest and what the average lifetime of our investment is.  So don’t be surprised when we act pressured.

As investors, we don’t doubt your abilities as entrepreneurs, but you should know that the most critical part of the life cycle of any venture is its early stage. Any wrong move during this period will lead to the failure of the company, and only one or two out of ten start ups survive. We want to support you and help the company evolve and succeed.

3. It is not only you, nothing personal…Just business!

Take into consideration that each venture capitalist doesn’t only follow your company but rather tracks up to five companies at the same time. The error margin for any venture capitalist is very low. Imagine yourself justifying to the limited partners why you have “pulled the plug and written down a company.” So, yes, sometimes we interfere, not because we want to seize control over the venture, but because we are simply trying to add value to the company.

In the end, we all know that the market has become more aggressive, more swift, and merciless. Our error margin is nearly null and we need cooperation between both sides to make start ups succeed. But with these tips, perhaps the “vampires” and the “lycans” can find a truce.