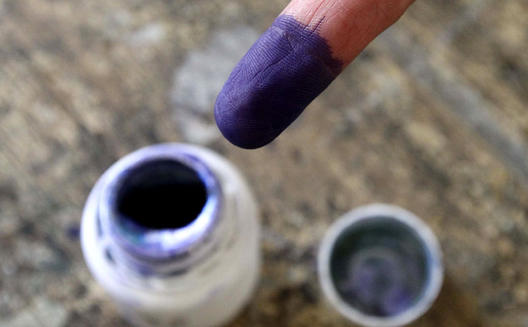 Wamda is not a place for political debate.  But the entrepreneurial ecosystem does not live in a separate universe, however much we wish it! So I’ve decided to address the matter of the current Egyptian elections from the points of view that interest Wamda readers: its effects on social media and potential effects on startups.

To understand the online world, I met with Fady Ramzy of Interact Egypt a few days ago. He’s been monitoring the effects of the elections on the online world, and today published a detailed report with his findings.  His analysis of 150,000 online records showed that political discussions online during the first stage of the elections, were predominantly taking place on Twitter, and primary were conducted by men, with both accounting for over 80% of the total in their respective categories of medium and gender.

Of the candidates, Hamdeen Sabahy was the most talked about online, in over 29% of comments, Ahmed Shafiq was second with just over 27%, and Mohammad Morsi came in third, being mentioned in 26% of election comments.  Looking at Facebook and Twitter specifically, the top three were the same, but Hamdeen’s lead was even greater, accounting for roughly 35% of comments on both sites. Hamdeen “won” both Cairo and Alexandria in the first round in terms of being most-discussed, but only came third overall when considering conversations taking place throughout Egypt, so this is perhaps a pointer to the divide between the big cities and the rest of Egypt in online media penetration and also social outlook.

Online activity changed dramatically after the first round, with a huge increase in numbers overall to well over 2 million online posts. Twitter was unsurprisingly the most used medium, acconting for over 90% of comments. But although only two candidates remained, the majority of online activity was about Ahmed Shafiq, with at least twice as many talking about him as about Mohammad Morsi.

Fadi also noted that during the past few days the number of negative comments about Shafiq was increasing rapidly, so that roughly two-thirds of posts about him were negative, whereas Morsi had roughly equal shares of negative and positive posts. Interestingly, Morsi won the fan page war, as he garnered over three times the number of fans that Shafiq's page had. A third strand of views also appeared at this phase, with a considerable number of commenters talking about boycotting the 2nd round.

As Fadi and I sat smoking sheesha and discussing his findings, we were both none the wiser as to who is likely to win, especially as many Egyptians fear there will be election fraud. But as we sat and chatted, as if on cue, a waiter stapled a poster of Shafiq beside us. I’ve noticed this trend in small businesses recently, putting candidate posters up, and I began thinking whether that act would affect the company's revenue, and what effect it had on the employees of the business.

I then thought about us entrepreneurs specifically. By definition, we have a bit of a revolutionary streak, doing things that others are not willing to do and going against the flow of the old ways. How will this contentious second round of elections affect entrepreneurs?  Nearly all entrepreneurial guidance tells us that a successful business, or any successfulteam for that matter, has to share a vision and a mindset. What happens within a business when, as is likely, half the employees vote Shafiq and half vote Morsi, given the animosity between both camps?

My personal opinion is that this will be a much bigger problem within larger established companies. I foresee much internal conflict after the result, regardless of who wins. Of course, all of the employees are in the same boat, and it does no one any good for the boat to sink. However, it also stands to reason that residual subconscious animosity over who voted for whom means that not everyone will be rowing in the same direction or at the same speed.

The team in a small lean startup is much more likely share the same vision, and more importantly the same mindset.  This will give them an extra edge over established business as they’ll all be rowing in the same direction, and won’t be distracted by internal conflict related to the election results.

But what if your small start-up team is divided about this historic vote?  Either you agree to disagree and suffer the consequences, or you agree to part ways now. Because by the end of next week, you have the chance to turn these elections into a big opportunity for your company, regardless of who wins, but it’s an opportunity that won’t last long.