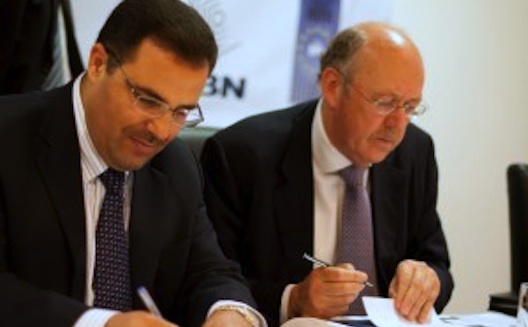 After spending the past couple of years setting up in the region, the Mowgli Foundation is blossoming in 2012. This month, the UK-based mentorship organization has welcomed a new CEO and has launched a partnership with PICTI to mentor entrepreneurs in Palestine.

After hosting a successful Mowgli Mentor Experience (MME) program in Palestine in April this year, Mowgli signed a memorandum of understanding (MoU) with the Palestine Information and Communications Technology Incubator (PICTI), to recruit and train mentors, partner them with Palestinian entrepreneurs and lead future yearlong mentoring programs.

This month, Helen Al Uzaizi has come on board to further hone the organization’s approach. Since its launch in 2008, Mowgli has reached over 200 entrepreneurs, helping them to reach their potential through 24 MME programs throughout the UK, Middle East, GCC and North Africa region. “We’re planning to at least double our reach in the next year and a half,” says Al Uzaizi, by developing new empowered partnerships with local organizations.

Al Uzaizi has worked in international relations, fundraising management and marketing and communications for over 12 years, holding senior positions in Wunderman, Young & Rubicam and Saatchi & Saatchi, recently having stepped down as the International Relations and Fundraising Manager of Jordan River Foundation.

She also comes to Mowgli with firsthand experience of the power of mentorship, having witnessed the impact a Mowgli mentor had on her husband’s business, as he modernized a family insurance company in Dubai.

“Seeing that relationship develop has made me more of an advocate for the way that Mowgli does mentorship,” she says. “I've always been passionate about what Mowgli has done, and I am a big advocate of mentorship in general, because I’ve had a lot of mentors along the way. I believe that you can't get to where you want to get to if you don't bounce ideas off of neutral parties with experience.”

Tony Bury, Mowgli’s Founder and Trustee Board Member, said that “given Helen’s experience within both the for-profit and not-for-profit worlds within the Middle East, we believe that she is well suited to lead the strategic, sustainable and localized development of Mowgli’s operations, service offerings, empowered partnerships, footprint and reach in each of Mowgli’s target countries.  We are really pleased to have her on board”

After its recent expansion into Qatar, which will result in the first Enterprise Qatar/Mowgli mentoring project to be held in Qatar later this year, the organization has plans to expand into other MENA countries such as Egypt and Tunisia, with the right local strategic partner. For now, says Al Uzaizi, she’s is not focusing on expanding Mowgli’s geographical footprint but rather looking to reach more entrepreneurs where Mowgli already has a presence and build their ever-growing alumni family.