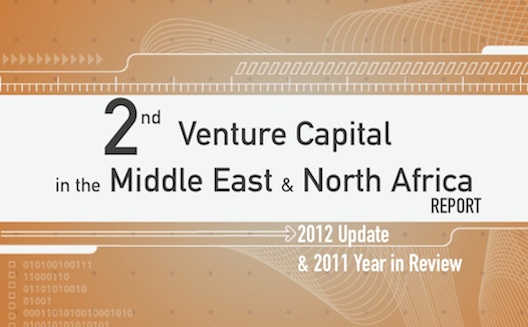 Those looking for a quick overview of the state of the venture capital industry today in the Middle East and North Africa have a new cheat sheet- the MENA Private Equity Association has released its Second Annual Venture Capital in MENA Report.

The next in a series that offers an insider’s look at VC investment in the region, this 25-page report offers a glance at the status of venture capital in each country in the region, as leading investors weigh in.

The report touches upon positive interest in the Gulf in fostering entrepreneurship and a growing startup scene; in Qatar, which boasts the world’s largest per capita GDP, the SME sector notably constitutes 10% - 15% of the economy.

Egypt, on the other hand, is seeing several trends take off in its steadily growing entrepreneurship scene, including the local replication of models proven successful in more advanced economies, the creation of cross-border start-ups that operate in established target markets like the U.S., and an increase in entrepreneurship in Alexandria.

In Iraq, increased internet access is boosting the prospects for potential startups, while in the Levant, 2012 is Jordan’s year, as local investments and international interest in the Jordanian market soar. In Lebanon, more companies are benefitting from Kalafat Initiative loan guarantees, as well as the presence of Lebanese expatriates who have returned to boost startup advantages.

In the Maghreb, rising awareness of the need for a healthy entrepreneurship ecosystem has lead to an increase in investment from European VCs in Morocco and Tunisia, and fledgling initiatives in Algeria, with the hope of development in Libya. In Morocco, especially, ten years of infrastructure investment have paid off.

VC investments have risen across the board since 2006, reaching 46 deals in 2011 (compiled from the Zawya Private Equity Monitor; actual numbers of unreported deals may be higher). IT and software investments account for 46% of total transactions since 2006, which may be unsurprising, but what’s most surprising is that Morocco has completed the highest number of VC investments by country since 2006, a whopping 57%!

Download the report (to the right on the screen) to see more.