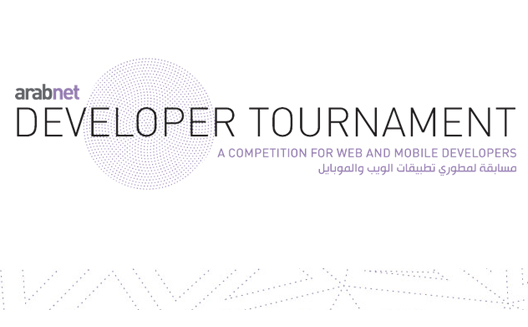 So you think you can code? Prove it to a regional audience at the Arabnet Developer Tournament this fall.

The tournament will put developers through 4 rounds of challenges over 12 hours in 5 cities- Beirut, Amman, Riyadh, Dubai, and Cairo, selecting 4 winners in each city to receive US $5,000 in cash prizes. These four will compete in the final championship in Beirut at Arabnet Digital Summit 2013, and one winner will be proclaimed the Best Developer in the Arab World.

Yalla, whoever that developer is, we're all waiting to meet you. Sign up today on the tournament website (http://tournament.arabnet.me/) for one of the five competitions:

The main goal of the competition is to showcase the region's talent, and help developers get connected to hot startup jobs, says Arabnet founder Omar Christidis.  "The digital sector in the Middle East is booming, but one of the main bottlenecks is technical talent - companies are struggling to identify the great developers that they need to build their business.  This Tournament is a platform that will connect developers with opportunities, either as technical co-founders for new startups, or to lead technical teams in established companies."

For those who are often hidden behind computers and not often the face of a company, it's a chance to gain some exposure, he notes- "there are some amazing developers in the Middle East, and we want this competition to really highlight their talent and let them and everyone know that they're rockstars!"