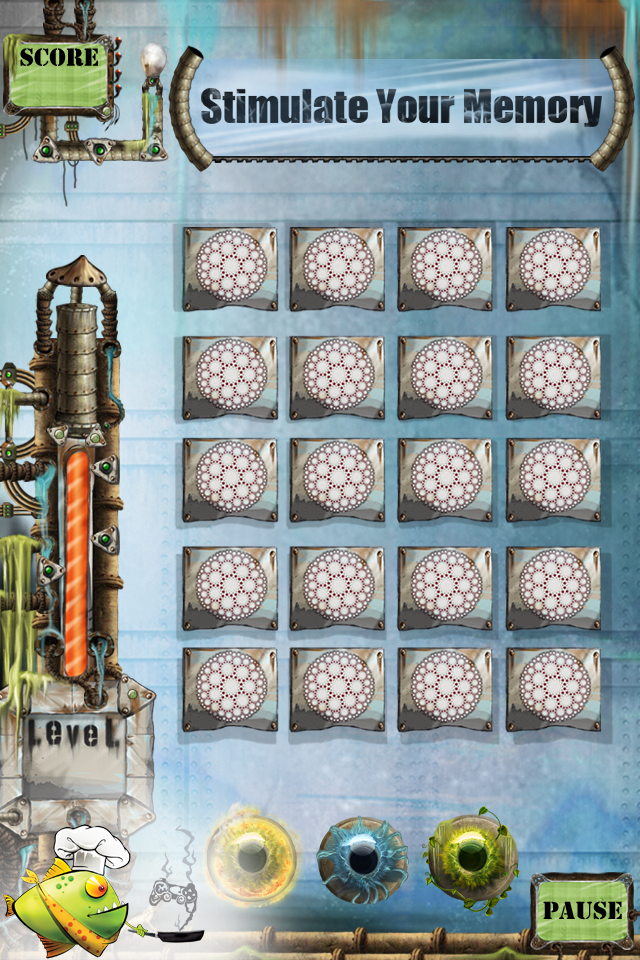 Upon playing the first level, the game is immediately addictive, tempting users to complete just one more level until either they’re all complete, or the player is bested by the increasingly difficult challenges. I was thankful for the neat powerups in the higher levels that either cleared some of the cards, stopped time, or revealed the cards for a second time.

The game’s soothing music contrasts the fast-paced card-flipping which, combined with the haunting motif, makes for an enchanting mobile gaming experience. It has an otherworldy feel, as bold and bright eyes stare back at players during cardplay.

Deja Vu is available for iOS and Android and currently has 80 playable levels. The team will be releasing an additional 32 levels in the coming weeks. The developers at Game Cooks are planning new levels to be launched in 2013 that will target consumers in MENA by challenging players to match country flags from across the region as well as letters in the Arabic alphabet.

Game Cooks monetizes the free game through advertisements, with an option on iOS for in-app purchases to unlock more challenging levels. This free-to-play strategy marks a shift from Run for Peace, a game launched earlier this year that can be downloaded for $0.99.

Nader explains that the game designers decided to use eyeballs as the motif to represent the visual memory, the very essence of the game. Though Game Cooks continues to target MENA, even offering tech support in Arabic, they have clearly also reached a global market with Deja Vu, which doesn't require language.

In MENA, the game is among the top 5 downloaded iOS games in Saudi Arabia, Kuwait, Bahrain, Qatar, Lebanon, Jordan, and Egypt, but it's also hit #1 for iOS games in France, Belgium, Spain, Germany, and Italy, Argentina, Brazil, Chile, Peru, and Uruguay. In the U.S., it's among the top 200 games, which still puts it on the map.

This global recognition bodes well for such a young mobile game, and also hints that the Game Cooks developers may be able to recreate the success of Birdy Nam Nam by continuing to craft topical, addictive games. With a shift into multiplayer games, Game Cooks will be concocting some very exciting and relevant titles over the next year - including one that will focus on oil, to again reflect relevant themes for smartphone gamers in the region.

Check out Deja Vu here, or download it on you smartphone. Let us know what you think in the comments.