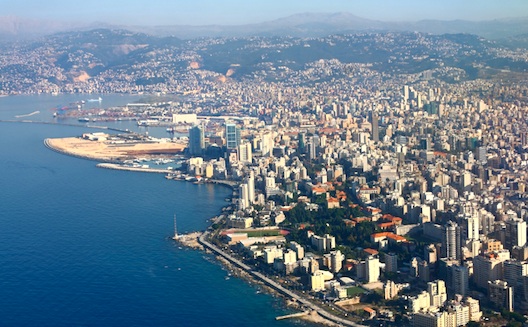 What makes a city creative? There are a few factors. Density is one; cities with higher densities increase the chance of meaningful interactions and creative outcomes, says physicist Geoffrey West. Another is diversity; cities that force us to interact with people from different backgrounds expose us to a wide range of worldviews. The most inventive cities tend to be the ones where great numbers of people bounce off one another and travel in unexpected directions.

Urban friction alone, however, is not enough. James Kunstler, a critic of suburban sprawl, argues that places of quality are integral to the well-being of a community. A city’s architecture, courtyards, coffeehouses, schools, and workplaces play a central role in determining a metropolis’ creativity.

So how do cities build a successful structure? In 2002, urban studies theorist Richard Florida wrote an insightful article about which cities and regions in the U.S. were able to successfully attract  and retain creative talent.

“Stuck in old paradigms of economic development, cities like Buffalo, New Orleans, and Louisville struggled in the 1980s and 1990s to become the next “Silicon Somewhere” by building generic high-tech office parks or subsidizing professional sports teams. Yet they lost members of the creative class, and their economic dynamism, to places like Austin, Boston, Washington, D.C. and Seattle – places more tolerant, diverse, and open to creativity,” he says.

This particular passage caught my attention because I believe we are facing a very similar crisis in most Arab countries today. What environments and vocabularies are being created by buildings, institutions, companies and universities in the Arab world? How are they affecting the economic development of the MENA region?

Richard Florida defines the creative class as “a fast-growing, highly educated, and well-paid segment of the workforce on whose efforts corporate profits and economic growth increasingly depend.” Its main function is to generate original ideas, produce innovative technologies, and supply its community with new creative content.

The absence of freedom of expression is certainly one of the main reasons why a wave of revolutions swept through the Arab world. Given the emergence and participation of previously hidden, digital savvy, artful, social media activists, it’s safe to assume that the creative class, too, was not being properly “nourished” by governments.

Members of the creative age are perceptive, audacious individuals with big dreams. They “do a wide variety of work in a wide variety of industries,” says Florida, seeking opportunities and outlets where they can experience novelty, make use of their capacities and skills, and build new ones in an environment open to difference.

It takes much more than gyms, malls, movie theatres, restaurants and a vibrant nightlife to retain intellectual and creative high lifers who want to be intrigued more than they want to be entertained.

What really matters is the native spirit of a city, its breathing architecture, its permeability and inviting feel, art-covered walls, knowledge-soaked libraries, studios, street festivals, theatres roaring with applause, opera houses springing with colorful discussions, and all the little things that constitute the soul of a city.

Creative gurus don't just want to live, they want to live meaningful, diverse lives and experience the world in all its cultural and intellectual richness.

To quote Florida: “They favor active, participatory recreation over passive, institutionalized forms. They prefer indigenous street-level culture – a teeming blend of cafés, sidewalk musicians, and small galleries and bistros, where it is hard to draw the line between performers and spectators. They crave stimulation, not escape. They want to pack their time full of dense, high-quality, multidimensional experiences.”

Human-centered cities that fuel their individuals with plurality and freedom are breeding grounds for innovation, and innovation is necessary in order to sustain growth.

The secret to economic prosperity in the creative, digital age lies not just in the ability to attract creative individuals, but to, as Florida says, “translate that underlying advantage into innovative economic outcomes in the form of new ideas, new high-tech businesses, and regional growth.”

This begins by shifting paradigms and transforming the purpose of institutions. Rather than imposing a top-down, vertical approach to education, innovation and progress, cities must allow people to participate in the development process through encouragement and empowerment.

A city must fulfill the necessities and aspirations of its citizens in their daily lives and provide avenues for both their individual and collective pursuits. The question is: How do we do it? Each of these components will be discussed in detail, separately, in forthcoming articles.