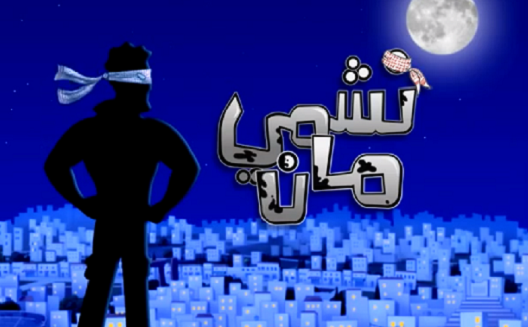 Founded by Jordanian entrepreneurs Fadi Barghouti, who previously spoke with Wamda at the World Economic Forum, and Majdy Abo Mathkoor in 2009, Curl Stone is an animation studio rooted in MENA that creates content for TV networks, web portals, telecom operators, and game studios.

Incubated by Oasis500, Curl Stone is addressing a lack of Arabic content in the cartoon space, answering the question, “Why don’t we have a cartoon series or an idea that is relevant to our culture …or superheroes of our own?” The team is working in television to increase the exposure of their cartoons and unique Arab brand.

From Amman to London and Back

The company has started small, but is now doing everything it takes to scale, including recently attending Endeavor's 44th International Selection Panel (ISP) in London, where they faced grueling interviews, intense mentorship sessions, and the opportunity to meet with investors from around the globe.

Barghouti described the ISP as “useful but scary;” reviewers try to reveal major gaps that would halt a startup’s business model. Yet Curl Stone made the cut, along with 12 other finalists, and returned to Jordan to enact the advice they received.

Endeavor mentors identified Curl Stone's primary gaps in marketing and branding, which Endeavor Jordan has been helping to address. Bargouti explains that the good thing about Endeavor is that "they’re practical," they didn't just lecture him but rather helped him come up with a tangible plan to tackle an international market.

Originally meant to be a sarcastic comedy series, Curl Stone’s Nashmi Man, which was released this year, has evolved from a cheeky Superman copy living in Jordan to a uniquely Jordanian hero, experiencing the life and struggles of modern Jordanians.

After an initial release of eight short episodes, viewers commented that Nashmi Man felt too much like Superman, so the team rethought the idea and added an evil double, while making the character more local as well.

“We have many poor people, but somehow people in Jordan find hope and look at things positively every day,” Barghouti explains. Thus, Nashmi Man’s powers are stronger when he thinks positvely, to encourage young viewers to rise above challenges.

The mini-series was broadcast to a small audience on local Jordanian TV but Barghouti boasts that the series has over 200,000 subscribers to its YouTube channel. Curl Stone plans to complete the entire first season soon, and, in the future, develop superhero characters specific to each MENA country.

Gaining in momentum, they have now been invited to present at major global entertainment gatherings MIPCOM and MIPJUNIOR in Cannes, France.

Challenges remain: Curl Stone Studios will have to find a way to monetize Nashmi Man quickly, while finding the right production partner who can help them build brand credibility.

The startup is also working to attract the right talent that can meet demand for tighter deadlines and higher quality as they go global.

In their goal to go regional and become the “Marvel of MENA,", they will face competitor The 99, a now-famous comic brand and video series that launched on MBC3 this Ramadan to feature its team of Islam-based superheroes battling the forces of evil.

Despite these challenges, Barghouti is positive that Curl Stone is going places; after all, despite having their idea “thrown in the garbage” on their first pitch to an investor in 2009, he believes that with the support of organizations such as Endeavor, Oasis500, and Wamda, they and other MENA entrepreneurs have a real chance at global success.

Check out the Nashmi Man trailer: