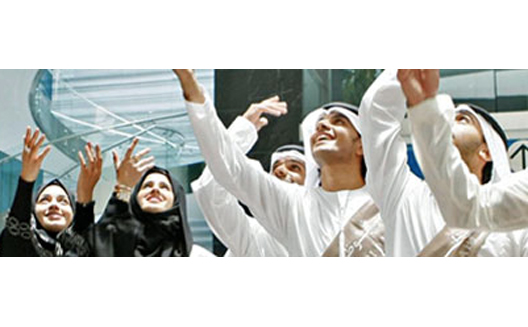 For entrepreneurs from the Gulf who aren't sure where to look for funding, Entrepreneurs of Arabia launched this year to focus exclusively on their demographic, helping Saudi, Emirati, and Qatari nationals go from idea stage to fully funded company.

"The idea is to connect entrepreneurs, mentors, and investors," says Zia Hassan, who co-founded the company along with an Emirati national. It was inspired by the climate at the time; post-Arab Spring, "around 50% of youth in the region was unemployed, and oil prices were high," he says. "There was a distribution of wealth outside the region rather than inside it."

New opportunities are opening up for Gulf nationals in general, including SILA's new angel network, but   Entrepreneurs of Arabia focuses directly on helping young founders commercialize their products. Thus, far, they've attracted over 50 entrepreneurs to their website, who receive mentorship and exposure to potential investors, says Hassan.

Here's how it works- entrepreneurs sign up to the site for free, and post a profile that's entirely private, about their idea, team, and value proposition. Entrepreneurs of Arabia then interviews and screens the entrepreneurs, and then packages their idea into a template and format that will hopefully sell to investors.

Crucially, says Hassan, Entrepreneurs of Arabia has entrepreneurs sign a non-disclosure agreement (NDA) to ensure that their ideas are protected from being stolen (as in, other entrepreneurs logging on to the site cannot take the idea).

For those who apply at the idea stage, the platform assists with prototype development. "We keep an open policy and don't turn anyone away," says Hassan. After helping entrepreneurs improve their idea, it often connects those at the seed stage to opportunities at Khalifa Fund and Dubai SME.

For Series A and B funding, Entrepreneurs of Arabia also help connect entrepreneurs to their network of 300-400 investors, says Hassan. While they don't charge the entrepreneur,s they do take a 2-9% fee of the investment amount if investors find an idea they like. "Investors are paying to access good ideas," says Hassan.

The organization is not sector-exclusive, but does focus on ideas involving science, technology, engineering, education, and mathematics. It also requires companies to be Sharia compliant. On the homepage, one can see several tech and finance-oriented companies along with a cosmetics and beauty company.