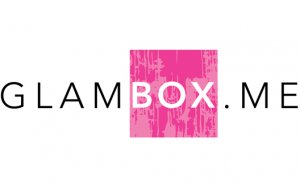 To tackle the beauty e-commerce space, four young entrepreneurs based in the UAE have self-funded and launched GlamBox, a beauty hub for women in the Arab region, this January. Their primary service allows women to test the latest beauty products by signing up for a monthly box, the GlamBox, which is delivered to their doorstep for as little as 50 AED (US $ 15). The site also smartly offers an online beauty store where women can buy the products they previously tested.

"E-commerce seems to be the flavor of the year. Yet instead of being mass-oriented towards fashion and electronics, we are following a niche concept, targeting a much smaller but much sticky group of beauty 'aficionados' who wants to purchase products that are available around the world from the convenience of their home," explains Shant Oknayan, Key Investor and Member of the Board of Directors at GlamBox (in addition to his day job as Head of Operations at Google MENA).

It may be a niche market, but it's a ripe one; in the Middle East, women spend an average of $34 a month on beauty products, compared to a global average of $4. Dubai is the second most saturated city after London in terms of perfume availability as well, say the GlamBox founders. "Women represent an online sector that is more and more active on the internet, but there are not a lot of propositions for them," explains Oknayan.

The orders coming throughout the platform are collected and directly sent to the brands themselves; once the products are delivered, GlamBox takes a share of the revenue. They don't stock locally, preferring to dropship the products directly before preparing the boxes. "We adopted a 'drop-ship' model," says Oknayan, "but we organize the delivery ourselves through Aramex who picks up from the brands' warehouses and delivers to the doorstep of the client."

Over 25 brands have signed up so far, motivated by the free media exposure and the market research GlamBox offers them on their "high hundreds" of subscribers.  Oknayan doesn't feel threatened by his competition BlushyBox, which operates under the same concept and in the same country. Both GlamBox and Blushybox are clones of U.S.-based BirchBox, which was first cloned in 2011 by Rocket Internet, who launched GlossyBox in Europe. One comical element to note is that all platforms have, more or less, pink as their dominant color, once again pigeonholing women in that "pink" frame… (is the color choice based on market research?)

The growing pains of e-commerce startups in the region are very familiar now; most face initial difficulties figuring out logistics, determining prices that account for customs duties, and finding the right payment solutions, and GlamBox are no different. Their first challenge was solving the logistics problem since Aramex's prices are still considered high for young startups. But the company is going through a round of funding now, and has closed with one venture capitalist so far, while finalizing due diligence with two other VCs to raise a total of US $1 million.

Now as they investigate the feasibility of launching a GroomBox, PregnancyBox and BabyBox in the future, Oknayan advises young Arab entrepreneurs that "there is no such thing as a task too big or a task too small. Be humble and realize that the success of the business is driven by how hard you work."