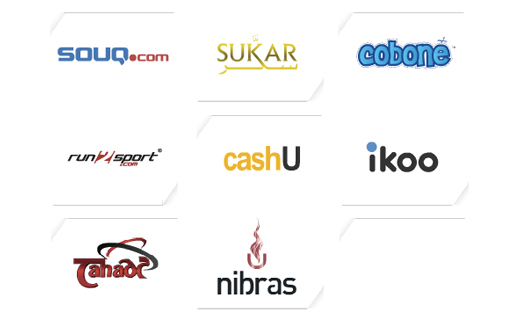 Rumors are swirling today that Jabbar Internet Group is looking to offload assets.

The group- one of the biggest internet-focused umbrella companies in the region- may be offering stakes to interested investors or selling partial stakes in some of its eight companies, Arabian Business reports.

Chairman and CEO Samih Toukan swatted away the rumors in a comment to Wamda, saying that hearsay had been exaggerated into a story. “I [said] that in general we always have interest from buyers and investors in Jabbar or its companies.”

In the article, Toukan referred to seeking a new round of “millions of dollars” beyond the $60 million that Jabbar has already raised, noting that raising capital is a natural part of expanding the group’s companies into new markets.

After Souq acquired flash sales site Sukar, a fellow Jabbar company, in April this year, some speculated that the group was trying to prop up Sukar after a potential outside acquisition fell through. Perhaps Jabbar wanted to expand the flash sales business to offer a more appealing package deal. Souq could draw up to $40 million, Arabian Business speculates.

At the time, Souq CEO Ronaldo Mouchawar stated that Souq would help Sukar expand, while benefitting from the company’s fashion expertise. Indeed, Souq is now promoting Souq Fashion, a new segment of its brand that will launch October 15th with a kickoff event featuring advice from stylists who dress Jennifer Lopez (this is less random than it sounds; J.Lo is known for loving Lebanese designers lately).

So Jabbar may be getting a little flashy to gain the attention of international buyers.

But- another story has been circulating with perhaps more weight behind it. Many have been speculating that Jabbar is seeking a buyer for Cobone, after LivingSocial’s retreat from the region signaled that daily deals is a dying segment in MENA. Or at least, daily deals may simply be a tough nut to crack for international entrants- the GoNabit team says it was profitable at the time of LivingSocial's acquisition. Jabbar may be getting nervous and trying to offload Cobone while it’s still viable.

Either way, interested buyers can read an extensive recent profile of Cobone CEO Paul Kenny at The National and see whether they enjoy the sales pitch.