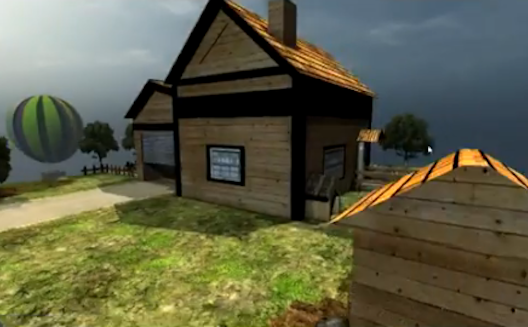 For those of us who aren’t game developers, launching a disruptive middleware platform, as Jordanian company Mixed Dimensions (MXD) did this past weekend, might not sound revolutionary.

Yet MXD’s Middleware GameDraw threatens to disrupt the game development industry. How? By offering a platform for building games that’s less expensive and more integrated than others.

What is Middleware exactly? In the context of gaming, it’s a tool that enables game developers to create assets within a game engine. In GameDraw, developers can edit and create every visual asset from 3D models to textures, to cities, or a part of a character.

The platform itself (see video below) works as a plug-in for popular game engine Unity. Once using Unity, developers can use GameDraw to assemble and tweak all of their elements- it’s like having a hardware studio that connects directly to a testing ground where the parts are assembled and driven.

So in sum, a gaming technology company in Jordan is launching a powerful asset creation tool along with a database of free 3D models. But what does this mean for indie developers worldwide?

It may drive the cost of development down. In comparison to creating assets using a high-end tool like 3ds Max, which costs around $3,600, GameDraw costs $45 on sale. That’s 1.25% of a typical price. Those who were dreaming of launching a game can now just start instead of saving up.

Developing is also now easier. “Usually you need a developer and a designer to develop a game,” says Taslaq. But because GameDraw combines 3D editing with an asset database, “a developer can tweak an asset directly from MXD’s warehouse using GameDraw.”

Mixed Dimensions chose to build GameDraw for Unity because it’s a widely used platform with a free version, compared to others like CryEngine and Unreal Engine, and it targets Web, Flash, iOS, Android, Linux, Xbox, Wii U and Playstation, says the team. GameDraw now also runs on multiple platforms.

To target the growing community of indie developers worldwide, MXD has worked hard to get its name out there among the 1.2 million developers that build on Unity.

They’ve hustled to sponsor major events, including GameTako’s regional Game Zanga this year and the Boston Festival of Indie Games, where they connected with the Boston Unity Team, and they’ve built interactions with Unity communities in the U.S., Japan, and Holland, while joining forces locally with the Jordan Gaming Task Force.

It’s a growing demographic. “If you're following the gaming trends, most gamers are building in their garage,” says Taslaq. “A lot of big studios are closing, and indies represent 80% of the market now. People are turning towards mobile game development as well.”

As far as Jordanian startups go, MXD hasn’t been very high profile over the past few years, but this year it’s caught the eye of several investors. Early this year, the company closed a round of investment with angel investors Zaid Ayoub and Sharif Saeed, as well as with IV Holdings, all of whom have helped with marketing and outreach, says Taslaq.

Finding its niche has been its selling point, and a critical pivot. After Taslaq and his co-founder, Baha Abu Nojaim, founded the company in 2009, they spent the first year developing games and suffering from the financial crisis. “We then realized we had an edge in our ability to build technology, so we decided to capitalize on that,” he recalls.

Indeed, Abu Nojaim had been working in 3D and programing since he was 12 years old. Once he and Taslaq, who handles marketing, decided to quit their jobs and launch a company, they managed to win a remaining spot at Jordanian incubator iPark, which set them on their way.

Despite Taslaq’s failure at his first company, which he founded in 2006, he says that getting funding now is not a big deal. “The most important thing in building our company is that our decision making process is built on mutual understanding. We have to share the vision with our employees and our team, and we have to be passionate with what we're doing while being flexible with the market.”

“Don't make a decision because you think it's good,” he advises startups, “make it because of feedback.”