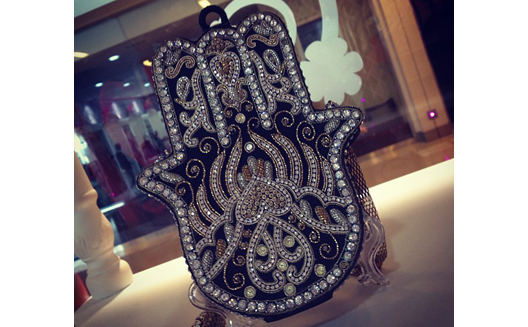 Style.com, one of the world’s most well-read fashion sites, has arrived in the Middle East today, launching as Style.com Arabia (arabia.style.com) in partnership with digital content company Nervora.

For fashionistas in the Arab World, it may be a hotly anticipated- and deserved- moment; Arab designers like Zuhair Murad, Elie Saab, and Reem Acra are, after all, conquering Hollywood, and Arab women have discreetly become the world’s highest-paying consumers of high fashion. Fashion in the region has become an estimated $10 billion market, with Dubai emerging as a fashion hub.

True to its parent site, Style.com Arabia will focus on runway looks, street style, beauty tips, breaking news, and celebrity fashion and events. Aiming to become a hub for in-region style discussion, the site will launch at 9am Eastern Standard Time (that’s 4 pm in Beirut and Riyadh; 5pm in Dubai) today in both Arabic and English.

Unlike other hubs like DIA-style.com and Lebelik, Style.com Arabia is not an e-commerce platform. “Style.com Arabia’s mission isn’t purely commercial,” says Shashi Menon, CEO and founder of Nervora, the Dubai-based digital content site that will manage Style.com Arabia’s content and advertising. “Our goal is to form a cultural bridge from the region to the rest of the world over the next 5 to 10 years. We want to celebrate the female spirit here in the region.”

The fashion space in the region has been dominated by consumption of external brands, he says, but Style.com Arabia will also prominently feature local brands. “There’s an indigenous base of creative designers who are producing, not just consuming. Our goal is to showcase that talent.”

For Nervora, the site's launch marks not only a global shift, but also a pinnacle moment for the startup, a testament to the work that Menon and his team have done over the past two and a half years to help prominent global content brands reach a regional audience.

As the startup began by addressing this niche, Menon had to initially demonstrate to premium publishers that, yes, the Middle East is a very desirable market.

“The Middle East is a very misunderstood region,” he says. As someone with no roots in the region, who grew up in San Diego, California and first visited Dubai as a consultant, he’s spent time correcting external perspectives that often focus on loud media coverage of political turmoil rather than the obvious economic opportunity.

By leveraging personal contacts in the U.S.- a friend built social news site Reddit, which was bought by Condé Nast- along with consulting contacts in the region, Menon was able to begin connecting premium publishers in the U.S. with a growing network of advertisers in the Arab World that he snapped up exclusive agreements with.

Today, the company’s clients read like a who’s who of publishers, including Hearst, Condé Nast, CBS Interactive, Viacom, and Gawker Media. This means that Nervora connects local advertisers to sites from CNET to Gizmodo to Vanity Fair to MTV. On the creative side, the startup also develops multimedia advertising products on web, mobile, and tablet for its clients.

One of the first deals that Nervora landed was in fact running a regional ad campaign for Style.com, recalls Menon, so now becoming the publisher of Style.com Arabia is a fitting demonstration of how far the company has come.

And yet their work has only just begun- Nervora will be managing the content on Style.com Arabia with a team of fashion curators and experts. “Yes, we’re helping a storied 100-year old company publish its first title in Arabic,” he confirms. Welcome to the new world order in fashion.