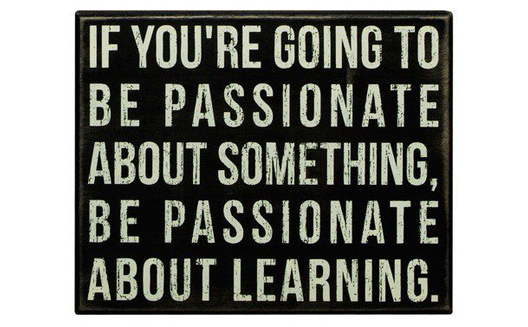 However, two issues seem to be absent from the discussion on education reform in Arab world:

First, we start learning too late.

Second, we stop learning too early in life – in fact it’s a problem that we stop at all.

We need to invest more both in early child hood education and lifelong learning. Why?

1. The effect of parental language

Educational reform doesn’t necessarily need to start with national policy; it turns out that parenting has a large effect.

In the early 1980s, Betty Hart and Todd R. Risely, two child psychologists at the University of Kansas, recruited 42 families with newborn children in Kansas City, from a spectrum of races and economic backgrounds. They grouped the different families into three classes according to income.

Over the next two years, they conducted monthly visits to every family, recording every word that was spoken in the household. When they later analyzed the recordings for each child’s rate of language acquisition and each parent’s communication style, they found that vocabulary growth differed sharply by class and that the gap opened early.

The reasons behind the gap were quite clear. By age three, welfare children would have heard, on average, 10 million words addressed to them, while children of professionals would have heard more than 30 million.

The kind of words children heard also varied by class; every child heard a similar number of basic instructions and directions, but poorer children didn’t hear much else. The children from wealthy families, however, were exposed to “millions of extra words on top, and those words tended to be more varied and rich.”

Conversations  in wealthy households moved beyond simple instructions into discussions of the past and other abstractions that stimulated intellectual development, in a way that “put that down” or “eat your food” never could.

Hart and Risely were able to demonstrate strong and decisive correlations between the language that children heard in infancy and their IQs and abilities later in childhood.

It’s a common belief that people learn to read on their parent’s laps’. The question is what happens if they don’t learn how to read then; can they learn later on in life?

In a study published back in 2004, Joseph Torgesen, a researcher at the Florida Center for Reading Research, found that interventions aimed at nine-to-twelve-year-old struggling readers actually did not have a measurable impact on fluency.  This is despite the fact that these students were given as many as 100 hours of one-on-one or small group instruction.

Torgesen’s conclusion: by the end of elementary school, “if children’s impairments in word-reading ability have reached moderate or severe levels,” catching kids up may simply be impossible.

On the other end of the spectrum, its important to remember that having an early advantage in life helps, but is also not enough.

Education plays a big part in our struggle to create jobs after the Arab awakening and current financial crisis, yet the discussion about education should go beyond short-term labor activation policies. We should discuss the importance of creating a flexible workforce.

At the end of 2011, Jim Clifton, the CEO and Chairman of Gallup wrote a book called The Coming Jobs War, where he notes that since 2005 the #1 concern of individuals globally is what he defined as a “good job.” While 3 billion people around the world expressed a desire for a good job, only 1.2 billion actually had one.

A recent report by the Economist magazine titled The Future of Work also noted that slightly over 33% of employers worldwide said that they were having trouble filling jobs. The report concludes that the current unemployment problem is more than just a result of the financial crisis, but rather due to a fundamental shift in the way our economies work.

There is a growing need for workers to keep upgrading their skills. The pace of change in the economy “will soon become so rapid that people may have to acquire new expertise every few years if they want to be part of a lucrative market for scarce talent – a process coined as ‘serial mastery.’”

Officials working in education and labor policy will need to look at both ends of the spectrum when planning for the future. Investments in early childhood education make economic sense in terms of getting the biggest bang for your buck, and giving citizens the skills and resources to be lifelong learners will help empower them and help them become masters of their own faith. Much work will of course still need to be to create the right economic and legal conditions, but our efforts must be holistic and comprehensive.

Note: Research on early childhood education is taken from Paul Tough’s masterpiece Whatever It Takes: Geoffrey Canada's Quest to Change Harlem and America.