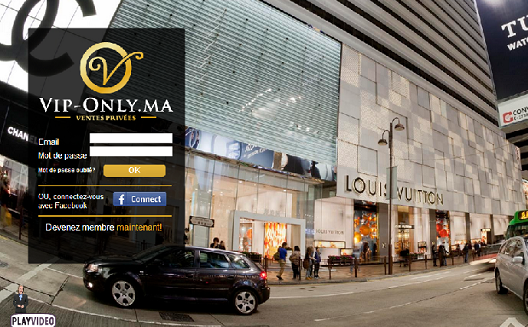 If you thought MarkaVIP and Sukar were the only major flash sales site in the region, think again- others are cropping up to carve out niches they may be missing. VIP-Only.ma, for one, is tackling North Africa.

They're going after the Moroccan and North African market, with a site offered solely in French and a plan to roll out to Tunisia soon. Unsurprisingly, their demographic is mostly women. 70% of orders are placed by women, most customers are between the ages of 25-40 years old, accessories are much more popular than clothing, and the average cart size is $70.

While many other e-commerce sites in the region have cited returns as a challenge, VIP-Only.ma boasts a mere 1% return rate, says Amar, a surprisingly low number for an e-commerce platform. “In Morocco, we usually don’t have return policies,” he explains. He admits that while VIP-Only.ma doesn’t advertise a return policy, one does exists - hidden deep in their site. Amar insists that only defective products are returned.

Unlike many other e-commerce sites in the region, VIP-Only.ma does not offer cash-on-delivery, perhaps a missed opportunity for their business. However, they have pioneered what Amar calls “physical pickup points” where consumers can order their goods to be shipped to a point near them.

It's hard not to draw a comparison to flash sales site MarkaVIP, at least in name, yet Amar insists that despite the fact that MarkaVIP launched almost a year before him in the Gulf and Levant, he chose his company's name independently to represent quality and exclusivity. It's a suffix or prefix used by many companies, he points out.

The two companies will likely run into competition down the road, but for now, VIP-Only.ma differentiates itself by offering French content and targeting mostly North African countries, where MarkaVIP has not yet opened. But competition can only help- "any new entrants into the sector will help increase adoption of ecommerce which will benefit ultimately to all players in this field."

As the VIP-Only.ma team has built their brand, they'll faced several challenges unique to the Morocco ecosystem.

Their first major challenge, one shared by all other e-commerce startups in the region, is a lack of consumer trust. This is a process that takes time, but Amar explains that through continual sales, successful returns, and effective delivery, trust is built.

Another large hurdle is what Amar describes as a weak Moroccan ecosystem. He optimistically views this as both a challenge and opportunity. “Because we don’t have a lot of money, we streamline and try to keep costs low. We try to be careful about expenses," he says. Alhough the team has been able to sustain itself on personal funding, Amar does wish that investors would recognize the potential of Moroccan startups.

Amar, who returned to Morocco from Paris to launch the site, has even lamented the distance between Morocco and the rest of the Middle East- it sometimes prevents Arab investors from considering startups in Morocco, he says. VIP-Only.ma has been approached by several European venture vapital firms over the past few months, however, he says.

Finally, the startup faced another classic challenge, in hiring a capable team, as many people don't have experience in e-commerce, so he'd worked to train employees- ater all, he learned from scratch as well. Yet has pushed to overcome this challenge, as the company works to provide a solid Moroccan success story.

Next up, they'll be looking for local partners to improve logistics as they expand to Tunisia. Clearly investment will be critical for the company's expansion; flash sales is a cash intensive business, and MarkaVIP is still solving logistical issues inherent to the region after taking on $18 million in funding thus far. Yet if VIP-Only.ma can successfully tackle North Africa, it may stand as a potentially juicy future acquisition for MarkaVIP.