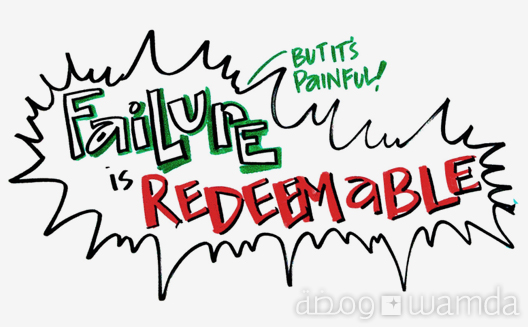 Failure is not the end of the world. More often than not it marks the beginning of something new, affording entrepreneurs a chance to pick themselves up, reflect on lessons learned, and craft something better.

Though painful in the moment, failure is certainly redeemable. Ask any successful entrepreneur, and I bet you they will say that they don’t regret any of their past failures. Everyone faces failure at some point, but it’s the ability to stand up, dust oneself off, and keep moving forward that separates a successful entrepreneur form a failed entrepreneur.

Don’t dwell on your mistakes, learn from them instead.

As Wamda’s Editor-In-Chief Nina says in her pick of favorite stories from 2012, “More startup founders are coming forward to pitch us the stories of their closures, as closing down one startup has become simply another step in the journey, no longer something to hide, but an opportunity to reveal one's evolution and hard-earned knowledge.”

Wamda appreciates the stories of failure just as much as those of success because there is always much to learn from an entrepreneur that has tried and failed, but still pushes on to that next idea, innovation, or gamechanger.

Be proud of your journey, the successes and the failures, and share your experiences with others to help them learn from your past mistakes. They might just have something to share with you too.