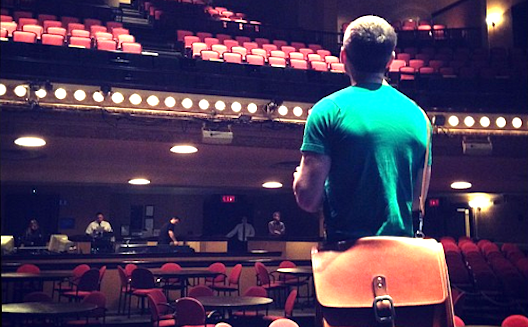 Kyle Wild, the founder of analytics company Keen IO, originally visited Jordan with the Geeks on a Place contingent that attended Wamda's MixnMentor event in Amman and spoke to us about his impressions. Here are his thoughts on how his recent blog post on writing a demo day pitch might apply to entrepreneurs in the Arab World.

A lot of the companies we saw pitching on Geeks On a Plane Middle East were super solid, but the pitches themselves could've used some work.  This isn't a problem unique to the region, because I've said the exact same thing about startups at the dozen or so accelerators I've visited in the U.S. I actually wrote a blog post (re-posted below) to condense and share some of my thoughts on the matter.  A year ago, I was way worse at pitch-writing than pretty much anyone I've met, and through this approach I've improved a lot.  I hope these ideas can be as useful to people in the MENA region's early stage tech community as they have been for me.

I’m a big believer in Stephen Covey’s principle of Begin with the end in mind.  So for starters, let’s talk about the goal.

Think about it:  why are you pitching at Demo Day in the first place?  What’s the goal?

Most founders tend to answer with some variant of “to raise capital for my startup,” “to get published in TechCrunch,” or “to get Nike or Ikea etc. to become a customer.”

Of course these are all fine goals to have.  But, these goals aren’t super instructive when it comes to designing your pitch, because they’re too long term.  There isn’t a direct/adjacent causal relationship between pitching and any of these happy outcomes — it’s hard to imagine a world where you step off the stage at Demo Day andimmediately someone writes you a check.  The best you can really hope for is to get a first meeting.

So we’ve identified our goal:  when you’re pitching at Demo Day, the goal is to get a first meeting.

Now on to some strategies that might help you achieve that goal :)

If you’re credible (and I hope you are), demonstrate this fact early in your pitch.

If you’re looking for inspiration on what to say, just pretend your audience is asking you these questions:  Why should I pay attention to the rest of your pitch?  Why should I make an effort to remember your pitch instead of one of the many others I’ll hear today?

For example, did your team quit their jobs at Facebook to do this?  Did Mark Cuban and Marc Benioff both invest in your company?  Have Nike and Adobe both signed up to use your service in the last week?  Might want to mention that.

If I wanted to write the credibility grab for this blog post (and I do, because I want you to know why I’m credible so you’ll keep reading!), I might communicate one or more of the following things: