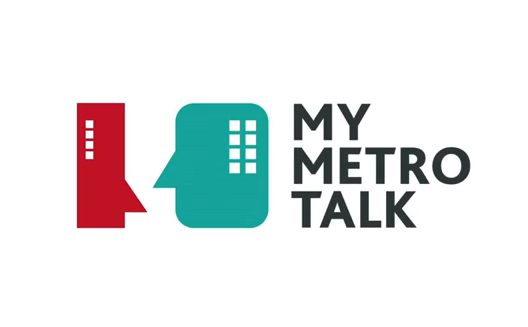 I was feeling pretty relaxed the other night, channel surfing on my own, but I felt like being outdoors without having to get all dressed up to go somewhere. Mymetrotalk’s Talk Finder suggested I make my way to The Pavilion, or The Archive, or even to The Badia Golf Club. I may have been feeling too comfortable on my couch to make it anywhere that night, but it was nice to know I didn’t have to do all the thinking by myself next time I wanted to go out somewhere.

The Talk Finder is the flagship feature of Mymetrotalk, a community-driven lifestyle portal and city guide for Dubai that officially launched with an event this Tuesday at MAKE Business Hub. Similar to Time Out Dubai, Mymetrotalk offers suggestions for “what’s hot and what’s not” in Dubai in a variety of categories from Restaurants to Well-Being. The Talk Finder goes a step further to make personalized recommendations based on your mood and situation on any given day, a highly useful feature in a city that rarely stays in.

The sheer number of options in the city were what inspired founder Saman Darkan to launch the platform. After being faced often with the question: “Where do I feel like going?”, he wanted to design a platform that could “give really strong guidance to people, to enable them to make quality decisions and have quality outings.” And so, mymetrotalk was born, with a focus on accessible, interactive content.

To make recommendations user-friendly, the site offers videos of venues to give users a sneak peek, QR codes that allow consumers to scan and save contacts, and, of course, dish recommendations at restaurants around town as well as community generated articles. With more than 7000 listings to its name, the site prides itself on being community driven – an aspect that sets it apart from similar ventures.

The mymetrotalk team includes Darkan, the “founding talker,” and his sister Suzanne, the video talker, Ranime Loutfi, the managing talker, and Mohammed Mirza, the tech talker. The site is currently capitalizing on word of mouth to get the word out and offering services for free. “We’re not using banners to advertise, rather we are driving engagement through the content,” he explains. One option for monetizing is offering venues different tiers of exposure on Talk Finder. “Let’s say you are given 30 different venues as a suggestion; the first five can be included through a paid sponsorship.”

Mymetrotalkers will eventually be rewarded with an incentive scheme that Darkan and his team are still finalizing, and the startup has its sights set on Abu Dhabi after their Dubai venture matures. While they’ve done little marketing thus far, Darkan says word of mouth and social media have been essential for building their brand since their soft launch. “It’s been phenomenal to see the response we are getting so far, especially on Facebook,” he says. This puts the pressure on mymetrotalk to provide users with more than just mere listings. “We’re not Yellow Pages; we want to give users an experience, and that’s our biggest challenge”, says Darkan.

Find more on MyMetroTalk in their promo video below: