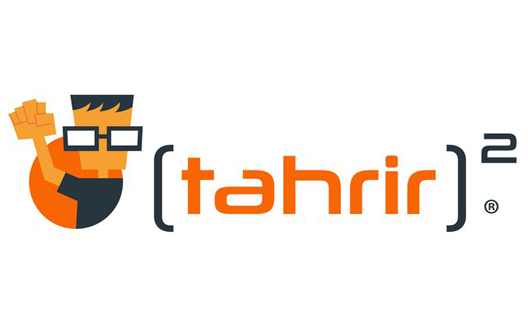 Testing and iterating might be a good model for the leadership in Egypt lately, not just its entrepreneurs. As Egyptian protestors continue to launch new waves of resistance, not content to assume that the transitioning powers will keep their interests at heart, the right to review and revise is a central part of the crowd’s assertion of dignity.

At Tahrir2 (“Tahrir squared”), a tech-focused accelerator based in Alexandria, testing often and fostering development in stages is a central part of its plan to help Egyptian startups become autonomous.

Launched directly after the revolution, in April, 2011, the accelerator is led by Samer El Sahn, the former CEO of eSpace, one of Egypt’s most well-known software development houses, and Mohamad Gawadat, the Managing Director of Eastern and Emerging Europe, Africa, and the Middle East at Google.

To ensure that Egypt’s startups can survive in a market suffering from political instability and a slow post-revolution recovery, El Sahn and Gawadat are taking a unique approach. By investing a total of around $90,000-140,000, doled out at 4 stages, over a year, the startup hopes to maximize its graduates’ chance of being successful.

Yet, says El Sahn, in an immature tech market with inexperienced entrepreneurs, Tahrir2 has taken a more cautious approach, investing only in those startups that pass its tests.

At the outset, the accelerator Tahrir2 gives applicants $600. If teams can polish their financial plans and demonstrate market research, they pass into stage two, where they receive $10,000 in seed investment.

This initial $600 is designed to separate the wheat from the chaff. “It’s equivalent to the cost of a due diligence team,” says El Sahn.

In the second phase, teams are then encouraged to build a prototype. If they pass the third test, they then receive $20,000 to continue developing and demonstrate market appetite for their product.

In the final round, which might be equivalent to a post-graduate round for most other accelerators, Tahrir2 awards team $60,000 - $100,000 on a case-by-case basis. “This gives them enough for the post-seed phase,” says El Sahn.

Compared to most accelerators in the region, it’s a lot of early capital. But if this so-called “lean program” results in a higher success rate for graduates, it could be worth the investment.

With only three startups currently graduated, and one still incubating, it’s too early to tell, but El Sahn says that at least one, e-Bay style site OpenDayz, broke even in December.

OpenDayz founder Noha El Shazly says the format worked well. “It was a long journey, but having regular tests helped me to see my own vision more and move faster on building the product,” she says. This next year, her team hopes to “go regional and dominate the Egyptian market.”

Here’s a look at the three graduates:

Two others failed to pass all of the stages:

Judging by the near 50% failure rate, it's clear that the lean model has weeded out companies that might not have survived outside the accelerator, before they fully launched, perhaps mitigating further investment down the drain. Depending upon how the four growing startups fare, they could prove or disprove the validity of the model for other accelerators in transitioning economies, who will undoubtedly be watching.