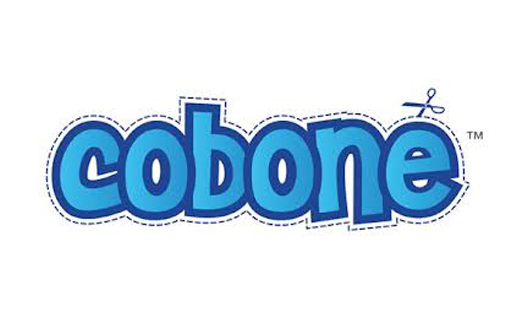 UPDATE: We have confirmed that Cobone has closed down Abu Dhabi and its product line and thus laid off several employees in Dubai in what appears to be a pivot towards the travel sector. Currently, Cobone is operating its daily deals in Dubai, Riyadh, and Jeddah.

Finally, the rumors about Jabbar shopping Cobone around have been laid to rest. Today, Cobone has announced that Tiger Global Management has taken over control of its share, previously controlled by Tiger portfolio company Jabbar. The mixed cash and equity deal, which TechCrunch and Zawya report may be up to $40 million, will see Jabbar step out entirely.

It’s a step forward for Cobone, which was founded in 2010 and has risen to become the region’s largest daily deals site, with over 2 million customers; the company will now join the ranks of Tiger’s e-commerce heavy portfolio, along with Groupon, One Kings Lane, Warby Parker, Square, Pandora, Zynga, and India-based Flipkart.

It could also be a boost for the Middle East e-commerce sector. Tiger, also a backer of Souq.com, has had a stake in about a third of the largest e-commerce investment rounds involving U.S. investors last year. While it already had a sizeable stake in Jabbar, it will now directly control Cobone.

While Tiger recently completely dumped shares in Facebook, LinkedIn, and Google, it’s been long on the daily deals sector, now the fourth largest investor in Groupon worldwide. Groupon’s stock remains about 75% below its IPO price, but as Tiger bets on a rebound, Cobone stands to benefit from its insights.

Tiger may have been stepping in to simply restructure, but if Cobone is to survive and grow further, it will be crucial that Tiger takes a long-term view; in light of LivingSocial’s closure in the Middle East.

“It’s important to have someone on board who understands the intricacies of an emerging market," says Kenny. "Tiger really believes in the team and the region, and it’s a long term investor. They understand that emerging market challenges are unique, and they’re willing to work with us to tackle them.”

Cobone’s team, including CEO and founder Paul Kenny, as well as Warrick Godfrey, Pieter Sleeboom, Tahira Khan and Loai Ayoub, will continue to lead the company.

While Cobone has lost its biggest rival, the game is now on to reinvent daily deals and avoid customer boredom with the now-stale model.

Kenny hints at changes to come; the company has already worked to boost its travel offers in markets beyond the UAE and Saudi Arabia, and will continue to move beyond traditional daily deals. “The focus for us now is to engage with customers,” he admits. “With this acquisition, you'll see significant changes in the way we offer our product. We'll go much more into personalization, and end email fatigue.”

Innovation will be key for revamping the sector, and yet the Middle East, unlike other markets, is not yet fully saturated. Markets like Lebanon may be seeing customer fatigue with a lack of creativity, but in Saudi Arabia, Cobone rival Fursaty has just freshly announced a deal with Saudi Telecom Company (STC) to run its first daily deals site, stc-deals.com, marking a move towards telecom-driven e-commerce in the Kingdom.

For Cobone, the work is beginning now that the ink is dry. Comparisons to what happened to LivingSocial would seem early, as Tiger, which has invested heavily in Groupon, may have a specific plan for emerging markets. All the same, Cobone will have to work hard to prove that the sector offers opportunity for growth.

“We've achieved a lot in two years,” says Kenny. “But we've only just started the journey. We have a long way to go.”