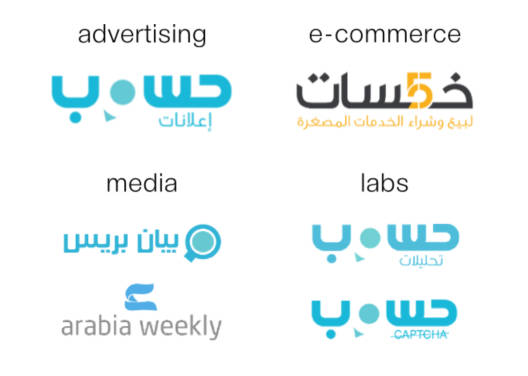 It’s not often that an Arab startup goes head-to-head with Google, but Hsoub is trying.

In March 2011, Hsoub launched Hsoub Ads, a service that allows users to display their ads on high quality Arabic language websites and blogs.

Rather than making ads available on any website, Hsoub vets the sites it places ads on to make sure they contain only top quality Arabic content. The startup launched with only a few hundred U.S. dollars, and now, two years after their launch, the Hsoub team is serving over 200 million ads per month to the Arab region on over 1000 Arabic websites.

There’s a touch of irony in their success story.  “Even though we serve the Arabic web, we found that contacting Arabic businesses and conversing in Arabic didn’t get us through as many doors as when initial contact was made in English," explains Syrian founder and CEO Abed Al-Mohimen Al-Agha.  He also revealed that as Hsoub is incorporated in the U.K., this also raised their profile in the eyes of potential clients.  This wasn’t planned, as Abed was simply studying in the U.K. when he came up with the idea, but fortune favors the brave.

Hsoub also operates with a distributed team; the CEO resides in the UK, PR officer Mouad Khateb lives in Cape Town, marketing manager Mokhtar Al-Gendy is based in Cairo, and the rest of the team are spread throughout the region and comprised of many Arab nationalities.  That Abed can manage such a geographically diverse team is a testament his vision and management skills; I also found him to be a very personable and down-to-earth person when I met him on his recent visit to Cairo.

Hsoub’s business models are refreshingly straightforward.  For the ads, an advertiser can either choose to display Pay-Per-Click ads randomly across Hsoub's network based on keywords and geographic location, or on selected specific sites for a fixed monthly fee.

Abed also decided that because of the early developmental stage of the Arab web, Hsoub had to create its own mini ecosystem.  With that in mind, in July 2012, Hsoub acquired Khamsat.com, a micro-service marketplace through which Arab users can buy and sell electronic, creative, or web related goods and services for competitive prices, beginning at US $5 hence the name, which means "fives."  its multiple categories and thousands of members, for some of whom Khamsat has provided a steady income.

Since acquisition, the site has grown ten-fold, thanks to Hsoub Ads and Hsoub's team marketing efforts, which the team hopes will further scale the site.

Hsoub then created Bayan Press, a free service where businesses, startups, and NGOs can circulate press releases.  Another useful service is Hsoub Analytics, which provides Arab users with useful information about websites so allowing advertisers or those with interest in web services and trends to set their plans accordingly.  Lastly there’s Hsoub CAPTCHA, an Arabic CAPTCHA service provided free to developers.  More services are coming in 2013, so watch this space.

I, for one, really like Hsoub’s products and team. Their primary goal is to improve the Arabic web and offer new opportunities and solutions that Arabic users in the region have been craving.  The business itself is also a prime example of organic steady growth.

Many regional entrepreneurs can learn this lesson from them: you don’t need a sexy business idea or a large amount of seed money to make a successful business; you just need hard work, cleverness, and a clear unifying vision.

Hsoub have already established themselves as key players in the Arab web, so I’m sure that soon, they will have served half a billion ads regionally, then a billion.  The sky’s the limit.