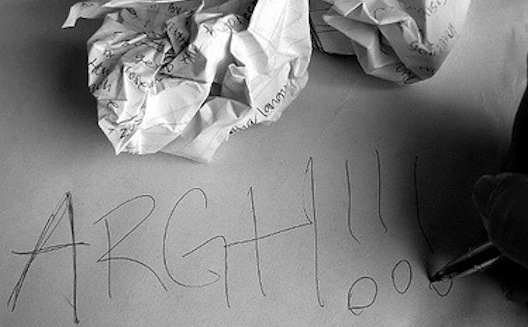 This piece was originally posted on LinkedIn on February 26,2013.

In my recent incantation as a temporary writer, I needed all the help I could get on my book, Startup Rising The Entrepreneurial Revolution Remaking the Middle East, which will be published by MacMillan and Palgrave this summer. I asked my friend; the great Washington Post investigative journalist, editor, author, and now also documentarian David Hoffman, to review my book proposal.

"Look,” he wrote me, “This isn’t a board memo. Stop trying so hard. Show us what you’re seeing and experiencing, don’t tell us what you saw. Show, don’t tell! Make us feel we are there with you!”

My great editors and every writer I spoke with subsequently gave me the same advice.

All had received it themselves at some point in their careers.

And it makes all the difference.

For a business guy, I can push a noun and verb together decently, but I have spent the last two decades writing, well, board memos. And investor pitches. And slide presentations. And 750 word op-eds. or business pieces. I buried myself deeply in “tell.” Here’s what I’m gonna tell you, here’s three bullet points to support it. Next!

Telling gives us the pride of being logical, even algebraic, and that certainly has its place in business. At the same time, more often than not, it renders one’s message utterly boring and unmemorable. Worse, the receiver of one’s message is being talked at, rather than brought in to become part of the discussion, make their own connections, share the experience with you – and thus make your story also their own.

Hemingway was supposedly challenged once to write a novel in six words and came up with: “For Sale, Child’s Shoes. Never Worn.” He told us nothing, but showed us everything, and we all not only want to know more, but instantly start to imagine the story behind the story. We were in.

That’s why Hemingway did what he did, and I surely do not. But at the same time, and speaking as a CEO, it is pretty obvious that this advice carries in all good business communication.

When I ran healthcentral.com, the online/mobile content and social platform for health and wellness acquired by Remedy Health last year, I talked a lot about “empowered patients” – the idea that when health seekers connected with others; they no longer felt alone, no longer felt they were crazy, saw that if others like them took action and it worked, they could do the same.

Pretty good and logical words, but utterly forgettable in comparison to the stories of our community members that showed the same thing. We see the "aha" moment in the well-intended husband who wanted to “solve” his mother-in-law’s terminal cancer, only to learn what his wife really wanted was his presence and more help around the house. We change our ways when we are shown the artistic and creative and very ADD employee who doesn’t know to respond to a text memo, but creates the most gorgeous web experiences when her boss draws her a story board. We become more confident dealing with our own doctors when someone like us stops when the doctor barely looks at the him, pauses and says, “Are you having a bad day? Because if this is not a good time to focus your attention on me, we can do this another time!” And the doctor re-engages. So do we.

Obviously a good combination of showing and telling is needed in any thoughtful exchange. And as we are a narrative animal, we too often substitute a story for hard facts