Note: this piece has been adapted from the Arabic original.

To help the Egyptian economy recover from the revolution, the Egyptian Ministry of Communications and Information Technology (ICT) has announced a new National ICT Strategy that aims to boost investment in the ICT sector to 55 billion EGP (almost US $8 billion).

The hope is that better infrastructure will increase the volume of e-commerce by 20% by 2017, boost e-banking by 30%, and, overall, increase the sector’s contribution to 5% of Gross National Income (around $25 billion). (To see more, download the strategy report here).

These goals might be ambitious, but it may come as no surprise, given the role that social media and technology has played in the revolution, that Egypt's mobile internet use has increased over the past year. According to the ICT Ministry's annual report, mobile penetration reached 115% in 2013, while internet usage has grown at an annual rate of 10% from 2012 to 2013 to reach a penetration rate of almost 40%.

To see more, download the annual report here. Here's a closer look at some of its major findings: 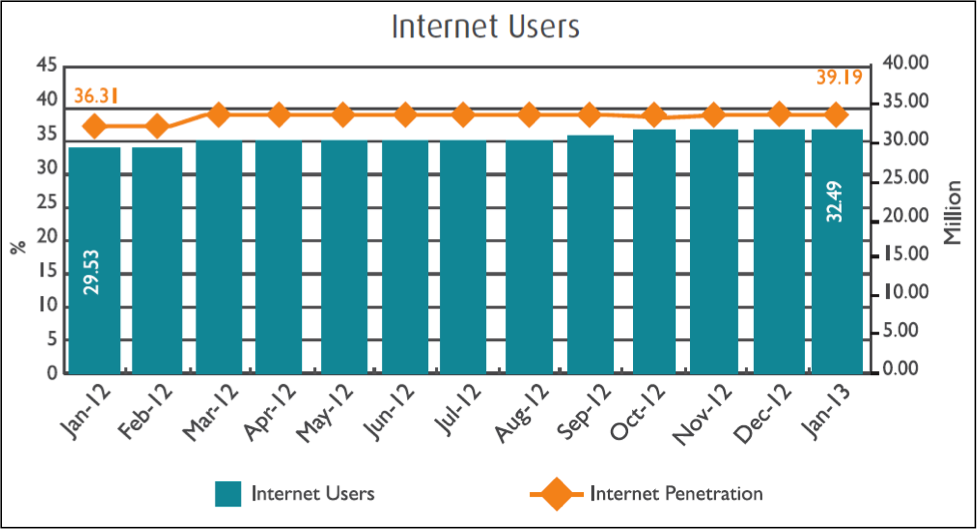 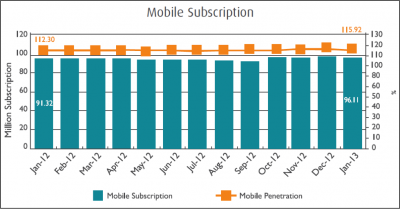 When it comes to how these changes in infrastructure and internet usage are actually influencing online commerce and revenue streams, it seems clear that startups are leading the way.

SMEs, which represent 90% of enterprises in Egypt, are the main driver of the Egyptian economy, according to a report by Boston Consulting Group.

What's more, going online has a huge impact on their ability to scale. 55% of digital companies were able to grow their businesses by 20% or more each year between 2007 and 2010, while this percentage drops to half (25%) of that for companies that do not have an online presence.

Most companies in Egypt are not tapping into this opportunity; only 13% of small enterprises and 41% of medium enterprises are online.

Yet, the report finds, online revenue streams are also building. While TV commericals still dominate the market, Egypt’s online advertising market size grew by 134% between 2009 and 2011, to reach EGP 500 million (US$ 72 million) in 2011 (a significant percentage of Egypt's overall EGP 12.5 billion (US $1.8 billion) advertising market).

E-commerce is growing as well. The value of products bought online totaled EGP 24 billion (US $3.4 billion) in 2011, accounting for 3% of total shopping transactions. For more, download the report here.

If the ICT Ministry can enact its strategy and improve infrastructure, chances are these numbers could skyrocket further, given the size of Egypt's 80 million-strong market.