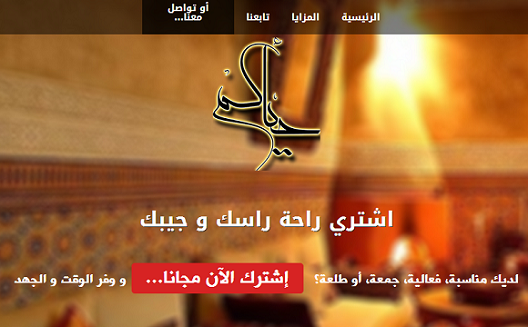 One new startup in Saudi Arabia lets you better organize and personalize your social gatherings, but they ran into some big obstacles when they tried to start up.

"While the new technologies and social networks take physical interaction online, we at 7yyaa.com hope to strengthen relationships by making it easier to organize offline events, occasions, and gatherings,” says CEO and co-founder Abdulrahman Hariri.

But, while the startup may be replicating a strong model with an Arabic flair, the team has found it particularly difficult to build the company in Saudi Arabia.

Challenges to Starting Up

“Saudi Arabia is still considerably behind in terms of services and facilities that encourage individuals to start their own online commercial or service companies,” says Hariri. “Companies still need a commercial registration number and a physical address, not to forget that current regulations do not allow workers to start their own businesses, even if such facilities could create new job opportunities and boost the economy.”

Similarly, a lack of suitable online payment methods in Saudi Arabia and the region remains one of the obstacles for services such as theirs.

But the 7yyaa.com team is hoping to succeed, given that their Arabic interface offers an advantage over Eventbrite and they face few competitors.

“The experience we have gained from establishing a number of companies in the past, has contributed to figuring out the correct foundations, methods and rules to be followed when developing our ideas, testing business models, and trying to get to know our main competitors,” says Hariri.

As far as competition, there is Sajilni, an Oasis500 graduate that's trying to crack the Jordanian market, and Presella, which offers a great interface and a model that reduces the risk of creating an event- a certain number of tickets must be bought before the event is confirmed.

What Needs to Change?

“Compared to the United Kingdom, where we first started our entrepreneurship journey, there are still several areas that should get more attention to further promote entrepreneurship in Saudi Arabia,” says Hariri, offering recommendations of his own.

7yyaa.com hopes to build its platform to include a mobile and tablet application soon.