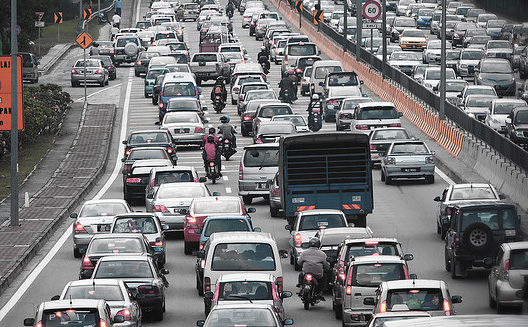 Sometimes the most innovative ideas come from entrepreneurs who are just fed up. Their ability to make people’s lives just a little easier, whether through a solution to a dangerous social problem or an easy tool that helps people shop from their home, entrepreneurs can fill in gaps across sectors.

In Cairo, and other congested cities across the Arab world, traffic remains a huge burden on economic development, and just overall quality of life. And it’s only becoming more difficult and complex over time. The problem itself, and an entrepreneur’s motivation to resolve it, varies from country to country, but Egyptian entrepreneurs have definitely shown the greatest interest in tackling the issue.

We’ve previously covered several startups trying to address the problem, some with similar ideas, some with very different strategies, but here’s an overview of the major players.

Many Egyptian entrepreneurs have gone mobile to help people cope with traffic jams across Cairo and Alexandria. “Autobeesy Feen”  is one such app that gathers crowdsourced information in real time from commuters about the multiple bus routes across the jammed capital.

Other applications like iSalik, Taree2y and Bey2ollak, offer crowdsourced information to track traffic conditions on all roads. Wasalny differentiates itself through automatic crowdsourcing of traffic data through a mobile phone's GPS feature to get more accurate information.

The traffic problem exists in other countries as well. In Lebanon, the “Ma2too3a” app crowdsources information about roadblocks, demonstrations, car accidents and other road alerts, to help people choose the fastest and safest roads to take. The “Zahmaola” application from Saudi Arabia similarly keeps users informed about the traffic status in major cities.

Traffic was one of the main reasons behind launching “Mashawaeer”, a personal assistance startup in Egypt that can be hired to take care of specific personal tasks across Cairo and Alexandria including grocery shopping, delivery, electricity and water bill payment, renewal of official documents, waiting in line for a patient at a clinic or even taking pets for a walk.

Other companies provide a carpooling platform like Waselny in Gaza, or a campaign to promote bicycles as an alternative to driving a car in densely populated areas. One project called “CairoRollers” even encourages people to use rollerblades as a means of transportation.

Some institutions have even challenged local developers and entrepreneurs to come up with the next best idea to defeat chronic traffic through official competitions.

One of the most successful to date was the “Cairo Transport App Challenge”, which was hosted by the World Bank in collaboration with Google, Orange, Vodafone, the Center of  Technological Innovation and Entrepreneurship, the Egyptian Ministry of Communications and Information Technology, the Information Technology Industry Development Agency in Egypt, and several other partner organizations.

While these apps focus on solving traffic issues, there are a bunch of similar apps focused on taxi rides, regulating correct fares, rating drivers, and letting riders evaluate and share their experience with the community, which you can find in a previous piece on Wamda here.

For entrepreneurs, social issues like traffic present an opportunity for much-needed innovation to both solve society’s greatest challenges and build a successful business. And while many people may be turned off by these challenges, a true entrepreneur thrives on finding real solutions.