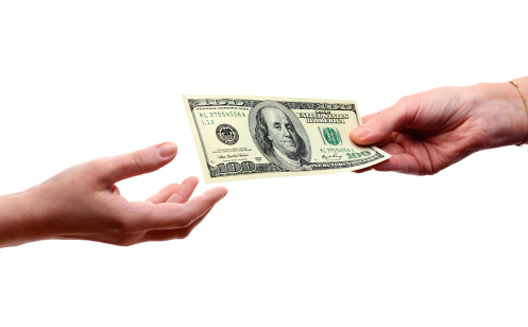 Since the global financial crisis, trust has been low in the conventional banking system and its belief in entrepreneurs isn't that high either. In this climate, entrepreneurs are disrupting the system by filling what The Economist called a “bank-shaped hole” with a project finance model that appeals to the Occupy generation. And Wall Street is paying attention.

The new model, peer-to-peer lending, brings borrowers and investors meet on an online platform where borrowers pay less interest than a conventional bank loan while investors get higher returns.

Borrowing money this way is especially attractive for entrepreneurs, SMEs or risk-takers in general, since paper work and wait times are minimal. Essentially, it’s ideal for those in need of urgency, but with lower rates than credit cards, it’s also excellent for anyone who wants to pay off a balance.

Spreading around the globe

The popularity of P2P is growing quickly. In the U.S., Lending Club and Prosper Marketplace have 1.6 million members and more than $2 billion in funded loans. In the U.K., three P2P start-ups – Funding Circle, RateSetter and Zopa, the oldest UK P2P lender – have created the UK’s first industry body called the P2P Finance Association.

In China’s command economy, online lending is also booming. According to Bloomberg, there is a $2.4-trillion unregulated “shadow-banking system” between friends and family members that is moving online. There are now more than 2,000 websites set up since 2007, with Ppdai.com one of the largest such entities.

It all sounds highly attractive, but what are the drawbacks?

P2P lenders, in the UK at least, are currently not regulated by the government’s Financial Services Authority, nor are they in many other countries – but they are certainly under scrutiny. One concern raised by regulators is what happens in cases of fraud or even money laundering?

There is also the question of whether P2P lenders have a measureable effect on the economy. “There is no discipline at all. [It is] a short-lived fad that won’t affect the role banks play in the economy,” Liao Qiang, a Beijing-based director for financial institutions at Standard & Poor’s, told Bloomberg.

Despite these concerns, P2P lending companies continue to attract hedge funds and wealth-management firms, as well as individuals such as Morgan Stanley’s chief executive John Mack, who has joined the board of the Lending Club.

P2P platforms may be able to attract serious investors, but as they look to build a strong base, startups may be their biggest customers.

The model makes sense from an entrepreneur’s perspective, especially in the early stages of their careers. Dealing with bank procedures without a credit history is often an insurmountable hurdle in early days.

If a start-up is B2B, a tender guarantee letter may be required in order to win substantial projects from large institutions or corporations. Without a credit history, most banks will only grant guarantee letters as long as startups deposit a substantial amount of capital, which depletes a startup’s limited cash flow.

In the startup world, any delays can create problems. Almost every entrepreneur has a story about how they couldn’t get credit on time or were late to open their e-commerce transactions because they couldn’t secure a point-of-sales authorization from a bank.

Most conventional loans aren’t really designed for SMEs, a Yahoo finance article argues; even though many banks have special SME programs, many aren’t truly tailored to the realities of running a small business. This is where P2P lenders can be a viable option.

In the Middle East, North Africa, and Turkey, we don’t yet see examples of P2P lending. However, it’s undoubtedly coming.

As in other markets where P2P lending is on the rise, the nascence of the investment climate could facilitate its spread. As Cliff Chang, CEO and the co-founder of Ppdai in China told Bloomberg, “We went ahead because we couldn’t find any regulation that specifically bans it.”

The strong need for microfinance, especially in emerging markets, indicates that it’s only a matter of time before P2P lenders disrupt the status quo in this region as well, affecting all sectors from the most flexible- startups- to the most conservative– banking.