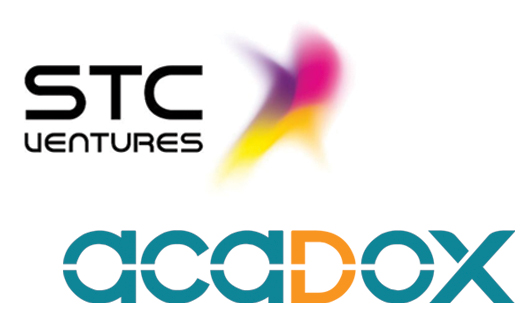 The series A funding, of an undisclosed amount, is for a significant minority stake, reveals Iris Capital, the fund manager for STC Ventures. It's the first for the venture capital vehicle, which specializes in startups and small and medium-sized companies in IT, telecom, and digital media sectors. With a $250 million fund, STC Ventures typically invests between $1 and $5 million, says Partner Aiman Alatiqi.

Acadox, which was first built with support from the King Abdullah University of Science Technology (KAUST) Seed Fund, caters to educational organizations in the Arab world, focusing on Saudi Arabia, with a product similar to U.S.-based Blackboard.

“We were inspired by the inefficiencies of Blackboard,” founder Mustafa Nabulsi clarifies. Nabulsi, who is originally Syrian, born in Saudi Arabia, co-founded the platform with two friends from high school- fellow Syrian Nedal Mourad and Mohammad Al-Hareeqi, a native Saudi.

After Nabulsi and Mourad left the country to pursue Master’s degrees at the University of Manchester and Stanford respectively, they reconvened at KAUST, where they developed the idea for an e-learning platform that could offer them what they were missing. Once they wooed Al-Hareeqi from his job at manufacturing giant SABIC, they decided to apply to KAUST’s Seed Fund, where they won support to build a platform that could offer, as Nabulsi describes, “academic management, professional management, and social management all in one place.” (For more on the platform’s origin, read his article).

Advantages over Blackboard and similar platforms include its social dimension, says Nabulsi. Students can send and receive information with peers about coursework, contact professors at other universities within the network, and create discussion groups, study groups, and private courses to teach each other, thus obviating the need for, say, a Facebook discussion group.

“When their studies are complete, they can also click a button to print out a professional CV,” he points out, illustrating a feature that will no doubt help the legions of job seekers who struggle with CV formatting in the region.

Another big advantage is Acadox’s Arabic interface. “There are basically no competitors in the local market with a similar product,” says STC Venture’s Alataqi. “Most universities rely on e-learning systems from the U.S., which are mostly in English. A few have Arabic-enabled functionality, but their right-to-left functionality is not well developed.” As anyone who’s used Arabic in a left-to-right context knows, RTL support is crucial for making a learning platform efficient.

“With around 1 million students and 1,000 educational institutions, Saudi Arabia is a great market for the platform,” says Alatiqi. The government itself has spent over 8 billion SAR (US $2 billion) in recent years on higher education and IT, he says.

After being shortlisted as a semifinalist in MIT’s Arab Business Plan Competition a year ago, Acadox has grown to serve users and faculty members from over 200 communities and colleges, including some from Mexico, Asia, Jordan, Oman, Saudi Arabia, and Egypt. Its basic services are free, while its premium platform is being piloted at KAUST, two training institutes in Oman, and four other universities in Saudi Arabia.

What will the team do with its funding? “Go to Hawaii,” Nabulsi jokes. “No, in fact, we’ve doubled our team members, relocated our headquarters to Jeddah, and will be expanding our partnership activities and sales and marketing," he reveals.

Further developing the platform to cater even more closely to user needs will also be a major focus. “Eighty to ninety percent of our focus will be in Saudi Arabia, but we're keeping our eyes on the Omani and Egyptian markets as well.”

STC is betting on their demonstrated dedication. “One of the things that set the Acadox team apart was that the founders really knew what they wanted and what their reasonable next steps were,” says Alatiqi. “I’ve seen a lot of entrepreneurs in Saudi who are very raw, and needed a lot of hand holding. These were different, partly due to the support that KAUST provided them.”

If the platform is successful, the founders may even be able to help Syria rebuild after the conflict one day. “However we can help by fostering education and rebuilding the learning environment in the country, we will not hesitate to do so, from a personal perspective,” says Nabulsi.

For more on Acadox, see their video below: