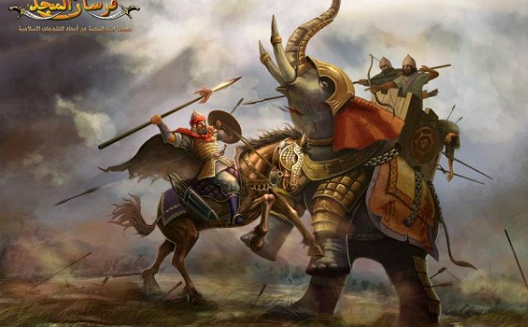 “We’re the only game where the Arabic player can identify with his own culture, his own history, and say ‘I’m one of the heroes’ instead of the one being shot at,” says Vince Ghossoub, co-founder of Falafel Games which recently released Massively Multiplayer Online Role-Playing Game (MMORPG) Knights of Glory for iPhone.

What’s really cool about the game is that it’s actually a mobile MMO, combining a Risk-style strategy component with party-based RPG gameplay.

From its base in Hangzhou, China, Falafel Games first released Knights of Glory as a browser title in late 2011. The game quickly reached 250,000 registered members and 10,000 daily active users in less than 2 years, winning the Readers’ Award for the Best Arabic Browser Game by news portal ArabMMO in 2012.

Now they've released the mobile version, which has seen 1,000 new downloads a day since its launch in March, which surprised Ghossoub, who is originally from Lebanon. “A year ago, I didn’t have much belief in the potential of mobile, but I decided to explore it a little bit and we saw that people picked up on it pretty fast,” he says.

The game has two types of gameplay: strategy and RPG. In strategy mode, players build their kingdom by improving fortresses, cultivating land, and slowly taking over more of the map, like the classic Risk game style. The RPG mode tasks players with building a party of heroes (up to 8) to challenge and fight other players or NPCs (non-player characters) to gain experience, rewards, and more land.

Knights of Glory can be played in PvE (player vs. environment) or PvP (player vs. player), depending on a user’s preference. Their PvE function was originally created to prevent empty rooms: “The reason we like to have the PvE dimension is to solve what we call the ‘empty room problem’ in PvP, where players go to a party and there’s nobody there and then leave the game.” With PvE, players always have a computer backup to play against.

Falafel Games monetizes the game through in-app purchases where players can buy different packages of in-game currency which can be used to upgrade fortresses, buy weapons, unlock new resources and improve your character.

They first tried making it a paid app, but after a week of low downloads, they decided to switch to the freemium model. 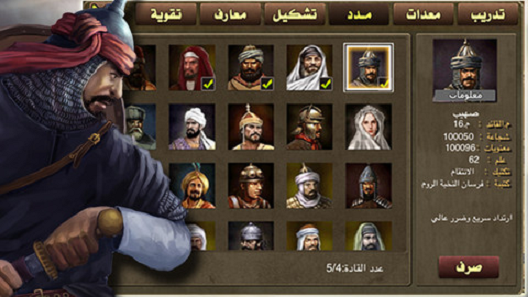 Why develop in China?

“I didn’t look at a map and decide where I want to be for any particular business reason, but I do exploit some specific business advantages here,” says Ghossoub. He explains that China doesn’t offer any advantages when it comes to cost, but there is a huge advantage in best practices; China has a very mature and competitive gaming market, which he describes as “an arms race towards gaming innovation.” Being based in Hangzhou helps them to learn from other gaming companies who aren’t also competing for the Arab market.

The talent pool likewise makes for a more stable business. Ghossoub explains that with so much talent available, he doesn’t have to worry about turnover as much as he would in the Arab world, where specific art and engineering skills can be harder to come by. “If one team member leaves, it’s not the end of the world.”

With a current team of 20, Knights of Glory also relies on an army of 40 loyal volunteers from the community.

As the game has gained traction, several members of the Arabic gaming community have stepped up as official in-game volunteers, offering "newbie training" to others, moderating chats, managing in-game activities, preparing competitions, and marketing on social media. But these aren’t interns or bored teens; they're actually working professionals who play Knights of Glory in their spare time and just want to contribute to the mobile community.

But this isn't unique to Knights of Glory, says Ghossoub. "Some of our players try to find employees from within our community, so they start posting job listings on our chat, and we encourage it.”

Ghossoub refutes the idea that he has competition; to him, the Arab gaming market is too young for any major competitors to have developed yet – there’s still plenty of space for new startups he says.

Thus far, the game's biggest market is Saudi Arabia. While Ghossoub also sees a sizeable number of downloads from the U.S. and Canada, he assumes that a percentage of those are from users in the Arab world who buy on app stores abroad. Falafel Games will continue to focus on Arabic as they build new versions for iPad and Android.

For new gaming startups looking to enter the space, Ghossoub offers a bit of advice. “Do it as fast as possible, do it yesterday, do it the day before if you can. Mobile gaming is very promising, and there is room for a lot more. Don’t be too dogmatic about your approach, and expect problems, but be ready to be flexible to find solutions.”