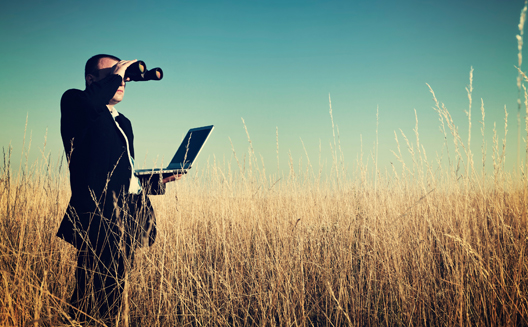 For many entrepreneurs in the Arab world, funding is the main obstacle standing between them and their dreams. The majority of young entrepreneurs, in Egypt especially, simply do not have enough capital to unleash their ideas; many are in a constant search for an investor capable of moving their project several steps forward.

“Thank God, we found an investor,” is an expression enthusiastically repeated by those who find one. And it is indeed a great opportunity for moving forward with a project for which the owners have sacrificed a lot. But it's worth asking who the investor is. And which party is contributing large amounts of money in return for stocks and shares of your dream.

In other words, as an entrepreneur, do you have any political reservations when it comes to taking investment or is business simply business?

For a country eager for a better future, Egypt is full of initiatives, ideas and programs that support small and medium enterprises, which represent 90% of companies in Egypt, and are considered the main driver of the Egyptian economy according to the Boston Consulting Group.

Some of these programs, however, lack sufficient transparency, while others may have affiliations to political parties; here I will take a look at some of these players. This is a topic that I consider important and not sufficiently discussed on entrepreneurship platforms, and I strongly welcome any feedback aiming at enriching the discussion of this topic. This article does not express Wamda’s point of view; it is my own opinion.

A few months back, the Bader entrepreneurship competition was launched by Egypt's House of Business and the Hadath event management company, seeded with EGP 500 million (US $74 million) in capital. The program ambitiously aims to invest 150,000 EGP (US $21,500) in each winning project, while establishing technological, industrial and investment incubators and startup support centers all across Egypt.

The program is completely Egyptian, meaning that no foreign party supports it. But, looking at the composition of the Advisory Board, you will find three of the President's counselors and the former Prime Minister, as well as partisan political and social leadership personalities known for their alliance with the country’s leadership, giving the impression that the program might be politicized.

According to Bader’s website, the mission of the Advisory Board is to strengthen the program's connection to academic and governmental actors as well as private sector leaders, in order to offer advice to contestants, and continue sourcing funding for Bader.

Officially, Bader is not affiliated with any political party, however. The program’s organizers tried to involve players from other political factions and elements of society, says Mohamed Abboud, CEO of Hadath, but some refused. Abboud notes that he refuses to join any party and that his only goal is to create an environment that helps startups to expand.

According to his reasoning, the entrepreneurship community should be in close contact with the government and politicians to optimize impact. However, as long as the Advisory or Administrative Body only includes personalities who have the same political views, it could look as if a single group has taken over and that the program is politically biased towards the current administration.

Another controversial source of investment is the American-Egyptian Enterprise Fund, which launched at the end of this April. The fund opened with US $60 million under management, with a plan to add US $60 million in the next few months, reach US $300 million in three years, and potentially exceed one billion dollars as it solicits investment from other countries.

The AEEF will invest funds from the U.S. Treasury Department directly into Egyptian projects related to health, agriculture, recycling and other fields, in return for  equity, over ten years, under the management of a special board thus far comprised of non-governmental Egyptians and American personalities (a third American has yet to be selected for membership in the board of directors). A similar fund is planned for Tunisia.

Funds like this are typically accountable to the U.S. Congress; however, in Egypt’s case, negotiations are still ongoing with regards to its oversight, according to Noha Bikr, supervisor on the Americas in the Ministry of Planning and International Cooperation.

The results might not be completely beneficial. Over the past two decades, ten similar funds have been established in Eastern Europe and Russia, designed to invest in companies that have demonstrated traction. According to Janine Wedel, author of Collision and Collusion: The Strange Case of Western Aid to Eastern Europe, these funds created an economic elite that was able to monopolize the benefits within its own circles.

This does not seem encouraging for Egypt, where corruption still thrives.

“The Fund will operate like any private Venture Capital company providing financial support for small and medium projects that have a promising future,” says Mary Ott, the Director of the US Agency for International Development USAID. Of course, it's not only a U.S. initiative, but established under the approval of the Egyptian government, even if an official agreement has not yet been signed.

What do you think? Are concerns about government-backed investment groundless or is the subject worth discussing? Share your opinion with us in the comments section below.