Every year, the European startup scene awaits the new theme of LeWeb, the popular two day web conference based in Paris, that now boasts a satellite event in London.

This year's London edition was dedicated to the sharing economy, a new economy in which people exchange goods and services, sometimes for money, sometimes for free (also known as collaborative consumption).

On Airbnb, people can rent a room or apartment to a stranger. On Couchsurfing, people offer a bed at their place for free to travelers from around the world. On AskRabbit, people ask strangers to complete tasks; while on SkillShare, people offer to share their knowledge. In its most ideal form, the sharing economy gives individuals the power to bypass traditional big corporations, and to use, rather than own.

How did the sharing economy form? 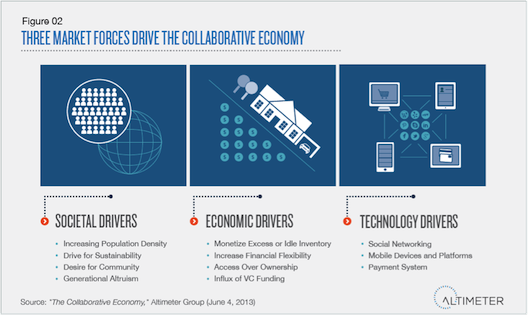 The primary societal drivers he noted are:

At the same time, economic drivers are also powerful. To gain more financial flexibility, people want to monetize their excess or idle inventory, such as cars or home improvement tools, while on the flip side, it often could make more financial sense to rent than own seldom used goods.

Many of those drivers are alive and well in the Arab world, such as desire for community, increasing population density and the need for financial flexibility. Does it mean that the Arab world has the technological drivers needed for the sharing economy to scale?

When it comes to technological drivers, Owyang says the sharing economy has been made possible thanks to the rise of online social networking, which facilitates peer-to-peer transactions and helps build trust, while the growth of mobile devices enable people to offer goods and service anytime, and the development of the online payment systems required for broker transaction.

Social networks are already gaining plenty of traction in the Arab world, yet these two last factors are lagging. They're improving, however; smartphone penetration is increasing and Paypal is expanding along with other payment gateways.

It’s nothing new but it’s of the moment

You might say sharing is nothing new; people have been sharing electricity generators for years.

Mark Suster, a managing partner at GRP Partners, agrees. However, he emphasized in his talk, the need is becoming more urgent as resources grow more and more scarce, debt and unemployment grow, and demographics shift. The internet also enables anyone to see what the others have and with that transparency comes more sharing.

With low prices and a large network, the sharing economy is disrupting the existing industry by making it impossible for big corporations to compete, says Suster. By putting the consumer at the center, the sharing economy can also be more in touch with their needs and more innovative.

This is why VCs are paying so much attention to this movement. According to Owyang, 200 collaborative consumption startups that he studied raised a total of U.S. $2 billion (See the infographic below, which you can click for a larger version).

Usually, those websites work as a broker and generate revenue by taking a commission, displaying ads on their platforms, or partnering with bigger corporations (perhaps the ones that are finding it difficult to compete). 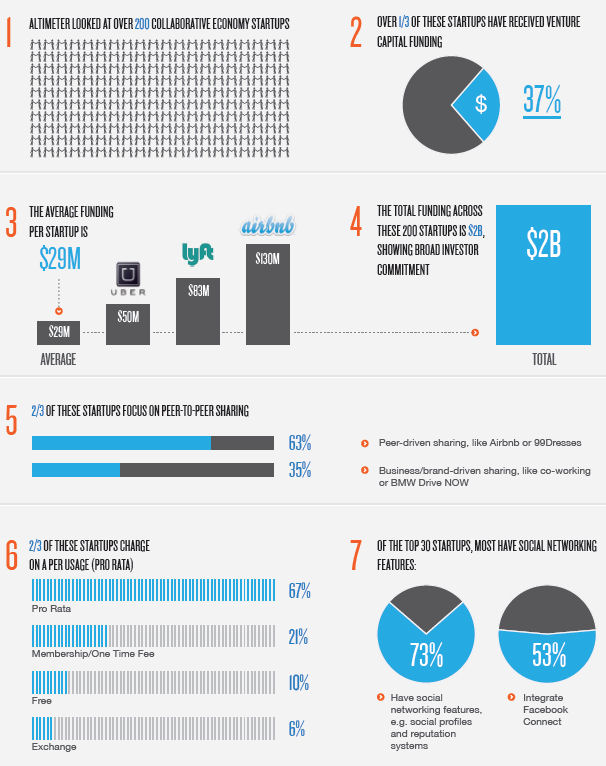 Why it's interesting for the Arab world

Some of Suster's arguments emphasize the elements of a sharing economy that suit an emerging market.

As a foreigner living in the Arab world, I also think that the sharing economy can help expatriates integrate with their surroundings; for instance, I would love to see more platforms like shareyourmeals or Dubai's Restronaut, so that I can meet my neighbors.

Some of our other contributors have already written about the role the sharing economy could play in Saudi Arabia, and what governments could do to facilitate the rise of collaborative consumption in this region. Do you think the sharing economy has a future in the Arab world?