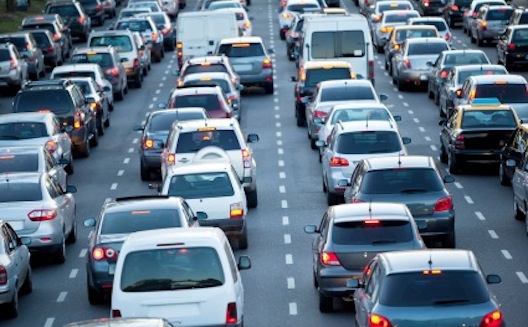 In recent articles, various Wamda contributors discussed the rise of the sharing economy. Gulay Ozkan discussed the potential of collaborative consumption in Turkey and the hospitality industry, and Omar Aysha proposed shared biking services as a solution to Egypt’s congestion epidemic. Yet one region in the Middle East has the highest potential to be reshaped through collaborative consumption. The Gulf region is characterized by excessive individual consumption, outrageously high carbon footprints, and an abundance of financial resources that could enable a quick economic transformation.

What is collaborative consumption?

In an age of rising living costs, over-consumption, and global concern about the planet and its limited resources, people have become increasingly interested in alternative economic models to the current model of buying, selling, and consuming. One of these new models is collaborative consumption, an economic model that relies on sharing, trading, renting, swapping, or bartering of products as apposed to ownership. Collaborative lifestyles are characterized by the exchange and sharing of goods, services, time, and assets.

The truth, as many have pointed out, is that the collaborative consumption economy (or sharing economy) is not new at all. Our ancestors bartered for centuries, commonly managed farming lands, and lived in shared communities, both nomadic and settled.

Now, with the rapid growth of the virtual communities, we face a unique opportunity to live a collaborative lifestyle not just locally, but throughout the “global village” we live in. Humans are wired to share and cooperate, and now people are consuming and collaborating both online and offline.

One of the greatest examples of collaborative consumption is the bike sharing system Bixi that originated in Montreal, Canada. Bike sharing is now the fastest growing communal transportation system in the world; programs grew by 200% in 2010 alone.

People are drawn to this collaborative system because it is easy and saves money, space, and time, while reducing waste. Bike sharing programs are also beneficial on a macroeconomic level as they create scalable businesses; Bixi alone recorded revenues of over $51 million in 2011, after expanding to 10 cities across North America and Europe.

The impact of a collaborative lifestyle is particularly powerful when it comes to items with a high amount of idle time, such as power drills and cars. The average car costs $8000 to run a year, yet sits motionless for several hours a day. These niches are ideal opportunities for innovative companies like Zipcar, a car sharing program. In 2009 Zipcar took 250 self-confessed car-addicts and talked them into trying hourly rentals of shared cars. By the end of the trial, the group lost 413 pounds collectively, and 100% decided that they would give up their cars. In 2011, Zipcar very successful IPO.

Collaborative Consumption in the Gulf

In the U.S., the examples of successful sharing companies continue to grow (AirBnB, LocalGuiding, etc.). But collaborative lifestyles have yet to significantly reach any of the six countries that form the Gulf Cooperation Council (GCC).

A region of the world that was historically renowned for sharing and trading goods and services without a medium of exchange now suffers one of the highest consumption (or I should say, over-consumption) rates in the world. It also has one of the largest carbon footprints in the world; Gulf states rank  1st, 4th, 6th and 8th for carbon dioxide emission per capita. It makes sense for countries where oil is cheap, yet this makes the region ripe for disruption by a sharing economy.

Take driving in Saudi Arabia, for example. Saudi Arabia is the largest economy in the Arab world, with a population of well over 27 million, the 12th largest land area in the world, and no public transport infrastructure aside from limited train services between major cities. Almost all households have one or more personal automobiles, and the majority travel with less than three passengers, typically for limited daily trips.

This creates a prime opportunity; a sharing service would decrease traffic, lower the country’s carbon footprint, and save its customers money.

The possibilities here are endless; anything from book-sharing to exchanging old cell phone devices for new electronics offers an opportunity for collaborative consumption in the Gulf. Imagine a world where you wake up, carpool with neighbors to work, exchange old text books for The Startup Owner’s Manual, rent out your GoPro mini cam that you rarely use and trade that grey sweater you bought but never really liked for a new hip summer t-shirt. It can be done. In Arabia.

Nonetheless, for collaborative consumption to work in the Arab world we need to alter it to fit our traditions and customs. Entrepreneurs will surely face challenges launching services that require high levels of trust such as home-sharing or room-rental services (as Arab Rooms is trying to do in Saudi Arabia). Yet these challenges should encourage rather than discourage the region’s entrepreneurs, as not only are the rewards for success plenty in such a large, untapped, market, but it is safe to say that what succeeds here will surely convince consumers elsewhere.