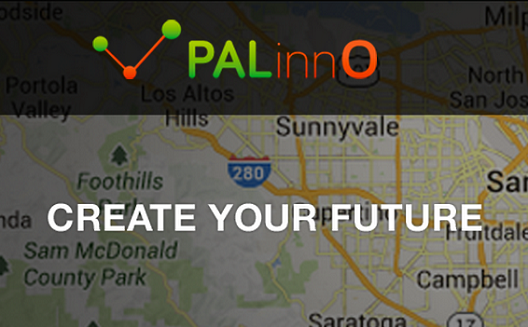 In Palestine, one group of inspired young entrepreneurs have taken it upon themselves to build a bridge for startups from Palestine to Silicon Valley.

Their initiative, PALinnO, recently launched its first program, Palestine to Silicon Valley (P2SV) designed to take startups through three phases: 1) incubation in Palestine, 2) market validation in Europe, 3) investor pitching in Silicon Valley. It’s an ambitious mission, but with the help of their partners in the Czech Republic they have opened up their first round of applications, due on August 1st.

“We started the program to empower Palestinian startups and innovative youth and to build a bridge to investors in Silicon Valley,” says Akram Dweikat, PALinnO’s communications manager. They based the project, which they began just two months ago, on the journey Palestinian startup Note Tracker, a hardware startup that digitally records notes written on a classroom’s blackboard. After participating in Startup Weekend Nablus, which the team didn’t win, Note Tracker kept at it, building a prototype and applying to an accelerator in the Czech Republic and later moving to Silicon Valley, securing some investment and opening up an office there.

It’s this track that P2SV hopes to emulate. Although Dweikat was not on the Note Tracker team, he and his three PALinnO team members, one of whom (Aws Nabulsi) is from NoteTracker, got in touch with Czech investor Michal Zalesak to begin forming their own program to give Palestine’s startups the same opportunity.

Although all of the details haven’t been ironed out- the initiative is still a bit of a work in progress- the team plans to accept 5-7 ICT startups in the first round, providing two months of incubation at their space in Nablus. Incubation includes office space, mentorship, IT equipment, and possible seed funding.

After graduating from the incubator in Palestine, qualifying startups will then be placed in test markets across Europe, with the help of Zalesak and a group of European investors, to try out and iterate their product before being sent to Silicon Valley to pitch to investors and hopefully open up their own office.

“We’ll engage our Silicon Valley partners to help local Palestinian teams reach international markets and succeed globally,” Michal Zalesak says in their press release. The exact partnerships in the Valley haven’t been disclosed as of yet, but Dweikat is confident that Palestine will see some great new success stories come out of the program, following Note Tracker’s model.

After all applications are in on August 1st, the team and Zalesak will review the applicants and select the top ideas to participate. Incubation in Palestine will begin on September 1st. To apply for the program and learn more, check out their website here.