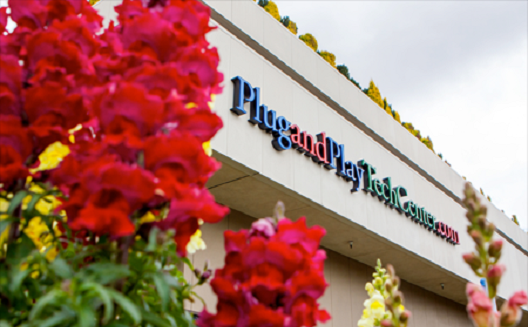 Startups in Jordan now have a new opportunity to receive support from Silicon Valley.

Umniah, a Jordanian telecom company, and Plug and Play Tech Center, a California-based incubator, have announced the Umniah-Plug and Play Tech Accelerator Program, which will bring select Jordanian startups to the Valley to receive three months of training.

The ICT Association of Jordan (int@j) and USAID are also joining as partners to support ICT startups in Jordan.

“Plug and Play got in contact with Umniah about trying to bring five companies to Silicon Valley to be incubated at Plug and Play,” explains Abed Shamlawi, CEO of int@j. “Then we found out about it and decided to support the program. Once USAID also got involved, the number of companies was expanded from 5 to 15 companies.”

The program, which officially launched on July 3, aims to bring three to five Jordanian startups to Plug and Play's headquarters in Sunnyvale every three months, in hopes of graduating 15 by the end of next year.

“Silicon Valley is the place for the top leaders of the ICT global ecosystem," says Shamlawi. "So a linkage between Jordan and Silicon valley is a good thing for us, and that’s why we’re encouraging it."

For Plug and Play, the move marks a return to supporting startups in the Middle East; although the incubator has hosted events in partnership with TechWadi, its presence in the Arab world dwindled once activities at Plug and Play Egypt were put on hold not long after its launch in 2011. Last year, the incubator announced plans to build five centers that would serve as bridges between the Arab world and Silicon Valley; this partnership may be a start.

Incubation will begin with a 4-day workshop introducing entrepreneurs to Silicon Valley’s ecosystem, providing a legal and tax overview and advice on pitching to investors, leveraging networks, and examining local case studies.

Over the next three months, companies wlll receive coaching and mentorship on how to hone their business plans and connect with corporate partners. Each team will be assigned a “business relationship manager” who will track milestones. Companies also have access to office space, business resources, networking events, and several benefits and services.

Although incubation doesn’t come with any funding from Plug and Play, “The chance of getting funding is high from other business partnerships,” says Shamlawi. At the close of the program, each company can pitch their startup or product to investors and corporate partners at the Plug and Play EXPO.

"Our hope is for startups to discover their true global potential in Silicon Valley and identify the right path to get there," says Mohannad El-Khairy, International Relations Manager at Plug and Play.

What's critical for gaining acceptance, he says, is that startups have a clear plan in mind. "Our advice to applicants is to clearly map out their goals and objectives to come to Silicon Valley."

Applications for the first round are due by the first week of August. Shortlisted startups will then pitch their ideas to a jury for acceptance into the program. interested startups can apply here.