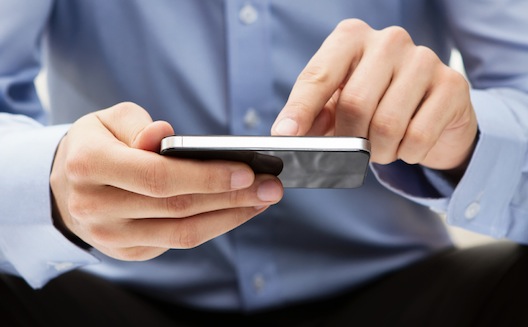 Algerians will finally have 3G starting on December 1st, the country's Post and ICT Minister Moussa Benhamadi has promised.

But Algerians have heard it all before. Every time the launch has been postponed or canceled.

Could this finally be it?, some wonder. Will the mobile and digital market finally get its chance to boom?

On July 22, Benhamadi signed the decree for the launch of three 3G licenses, which the the Autorité de régulation de la poste et des télécommunications (ARPT) will now award to three mobile operators.

Yet this political telenovela is far from being over; here's what to expect.

In 2004, two years after Norway and Austria launched the first commercial 3G networks, the Algerian network announced that they would launch their own 3G network in 2007. Yet as time dragged on, nothing happened. By 2010, 3G was available in both Morocco and Tunisia, and Algeria was still surviving on hollow announcements and canceled promises.

In 2011, the Algerian government stopped promising 3G altogether, threatened by the entrance of external players in the now-famous "Djezzy case," which centered around Algeria's older mobile operator, Djezzy, which launched in 2001.

To wrestle control back from Vimpelcom, the Algerian government used its right of first refusal to acquire Vimpelcom's 57% equity stake in OTA and announced that they would pause the granting of 3G licence until they could fully own Djezzy.

In December 2012, OTA was replaced by a new entity, Optmium Télécom Algérie, 51% of which was owned by Algerian operators, with the remaining 49% left to Vimpelcom under a new 51/49 law that constrained foreign participation in Algerian companies to a minority stake.

Today, Djezzy is still far from being nationalized, but the government has decided to move forward with its 3G service launch. On the 24th of July, Benhamadi announced that “the launch of the 3G service has been disconnected from the ongoing dispute over mobile operator Djezzy; those are two different cases. They should not be linked.”

For Algerians, this is yet more proof that the Djezzy case was just a pretext to delay the launch of 3G; many are convinced that the myriad fake promises are the results of political desire to limit Algerians’ access to the internet. How else can you explain that the two cases weren’t disconnected before? Users of OnlyInAlgeria are adamant about this.

Disillusioned, Algerians don’t seem that enthusiastic about the news, even though they tend to believe that this time, they might see results. They want to know the service will be commercialized before celebrating.

“This time, they will launch 3G,” Abderrafiq Khenifsa, founder of IT Mag, told Wamda. What matters though is to know how, for who, and at what price, he says, warning us against “a 3G for the wealthy” or a poor quality 3G, which won’t help Algeria.

The risk of a “3G for the wealthy” is especially high, he explains, as the Algerian mobile market is a pre-paid market and people are not used to spending a lot on telecommunications.

Khaled Mouloudi, founder of Express Notifier, a service that allows users to receive their Twitter, Gmail and news notifications via SMS, concurs: “When we get 3G – they say it will be in September but we’ll see – we shouldn’t be expecting a better connection or speed.”

Algerians are hungry for internet connection, regardless, he says; they’re already buying 3G compatible equipment, and are downloading more and more apps, especially as operators are encouraging them to do so (unlike in Morocco, the App Store, for one, is available).

Operators are already set to launch their new offer. They’re alreay selling 3G compatible equipment. Nedjma, the most recent telecom to launch, in 2004, has even launched estart, a platform to help developers market their apps.

The irony is that many Algerians are already over the 3G, and are thinking about 4G.

Abderrafiq Khenifsa believes they should launch 4G now, bypassing the launch of 3G in order to enjoy the best technology and catch up to the pace of other countries. This would enable the growth of the multimedia market, content development, and, potentially, VOIP, of course.

As of yesterday, in an unsuprising move, ARPT has postponed the 3G license awarding to August, 15.