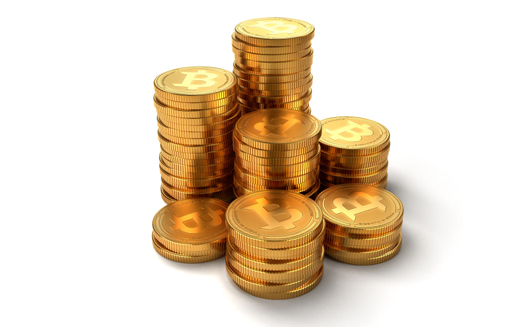 Emerging markets are the future of Bitcoin, leading entrepreneurs and policymakers at the Bitcoin London conference concluded last month (while Wamda couldn't attend, we wanted to highlight their trove of videos).

This isn’t what you’ll hear if you read the recent news on the controversial cryptocurrency, which has revolved around its struggles with regulation in the U.S. and quiet hand-wringing over the U.S. Senate Committee on Homeland Security’s decision to ask various three-letter government agencies to investigate Bitcoin.

Then there’s the recent scandal in which a bug in Android’s code allowed hackers to steal a grand sum of $5,700 from a few Bitcoin wallets.

But one Bitcoin announcement today tells a bigger story. As the U.S. government gnashes its teeth, Bitcoin is swiftly become more decentralized and more accessible to the masses, especially with today’s new at Lamassu, a startup based in Portugal.

Starting this September, Lamassu, which pitched at Bitcoin London, is rolling out an ATM-style device that will accept cash in exchange for Bitcoin. “If you’ve never bought Bitcoins, this is the fastest, easiest way to do it,” CEO Zach Harvey told GigaOM. The Bitcoins must be extracted to a Bitcoin wallet, but the machine will bypass the difficulties of buying Bitcoin online in markets where major payment gateways aren’t supported.

Thus far, the company has received pre-orders for the machines from Canada, Australia, New Zealand, U.S., Slovakia, Finland and Denmark, TechCrunch reports. Each machine costs about US $4,000 to $5,000 and can convert from 200 currencies in 15 seconds. Its rollout isn’t without caveats, however; Lamassu suggests consulting an attorney before operating one, and requires U.S. customers to fill out a due diligence questionnaire.

Lamassu only expects to release 15 machines next month, but if it takes off, these machines could go a long way towards making Bitcoin a global reality. Markets outside the U.S. may, in fact, be their only hope, as Harvey says it's "pretty much impossible" to comply with new U.S. rules surrounding ATM-style Bitcoin machines.

In the Arab world, where banking rates and credit card use remain low in several markets, Bitcoin use is negligible. Yet if the virtual currency can overcome a few major challenges, it stands to transform currency in the Arab world and other emerging markets within the coming decade.

Here are the 5 directions Bitcoin- or any virtual currency would need to move in to succeed, especially in emerging markets:

1) It needs to become less volatile.

Too much volatility kills demand; anecdotally, it remains the biggest barrier to adoption (aside from a lack of understanding) that I’ve seen locally.

Of course, volatility will diminish once consumers are actually using Bitcoin more as a currency than a commodity.

“One of the biggest killer apps [to build would be] removing the volatility and currency risk,” Jered Kenna of Tradehill, a B2B Bitcoin exchange for institutional investors, pointed out at Bitcoin London. BitPay is one such app that helps to reduce volatility by increasing adoption, he said, as it helps consumers connect to a variety of merchants who accept the currency.

To buffer Bitcoin from the failures of a given exchange platform, it needs to quickly develop more trusted networks, said Erik Vorhees, founder of Coinapult, a secure Bitcoin wallet and merchant service that works to provide Bitcoin liquidity to businesses.

“The most important thing is for the market to become deeper,” he says. “For that to happen, people need to get away from Mt. Gox. Mt. Gox has been the deepest exchange, but every time they come under pressure, they fail. People are scared to leave their money at Mt. Gox, for both operational reasons and because of regulators around the world.”

Mt. Gox has had its share of hacking scandals. Others are building other exchanges that are more trusted, Vorhees explained.

Less volatility and more trusted exchanges will lead to more liquidity, something Bitcoin urgently needs if it is to ever be used as an alternative currency for small states, argued economist Sveinn Valfells.

It goes without saying that virtual currencies could an appealing option for citizens of states beleaguered by sanctions or inflation.

But in countries that cannot effectively manage their own currencies, like Cyprus, Panama, The Bahamas, or Iceland, his nation of origin, Valfells argued that Bitcoin could serve as a viable official currency.

Bitcoin’s market cap- which is now over US $1 billion- makes the currency a contender in Iceland, where the monetary base is 0.6 billion dollars, he points out.

However, to facilitate Iceland’s imports, Bitcoin would have to have more liquidity, and, again, less volatility and decentralization- not just in its exchanges, but among its miners, those individuals who generate more of the currency by having their computers crunch a complex algorithm. “Anyone who commands a lot of computing capacity can theoretically take over the Bitcoin network,” he said, recommending that each national network have at least two independent miners for 5 years before officially adopting a cryptocurrency.

4) It needs to be able to be traded for cash.

Anyone dealing in e-commerce in the Arab world knows the market: most customers simply don’t trust using credit cards online. Credit penetration rates and banking rates are abjectly low, and cash-on-delivery requests can reach up to 70-80% of online orders.

Most of its appeal in emerging markets, explained Pelle Braendgaard, the founder of Kipochi, is that it allows users to transfer money almost instantaneously, without fees. That alone is why most of his adopters in Kenya have signed on to Kipochi, a Bitcoin mobile wallet  that has now integrated with Kenyan mobile network M-PESA.

Kipochi’s experiment with M-PESA might be one of the most exciting yet for Bitcoin enthusiasts, when it comes to imagining worldwide networks of mobile payment in virtual currency; after all, one ambitious student lived on M-PESA for 60 days.

Coinapult, which allows users to transfer Bitcoin over SMS, could also help with accessibility.

Finally, what Bitcoin, or any virtual currency, needs most of all are startups. Without an ecosystem of startups developing products to help foster its adoption and use, a virtual currency will not flourish.

Bitcoin London introduced several, including Bitprice, the first fully compliant virtual Bitcoin exchange in the U.K., and Bits of Proof, which is working to enhance mobile use, security, and auditing features for merchants; interested readers can listen to the rest of the pitches- including two other companies that tested Bitcoin products in an emerging market- on Bitcoin London’s StartForumTalks channel.

In Europe, where Bitcoin is not yet considered money, virtual currency may have a chance to accelerate in a manner that it won’t in the U.S, where a landmark ruling recently termed it a recognizable currency.

As Constance Choi pointed out in the Bitcoin London panel on regulation, as Mike Butcher at TechCrunch highlights, the currency might become “not just a unit of exchange but as a secure global network for information exchange.”

Perhaps it’s a sign of things to come; a day when Bitcoin Egypt’s Facebook page has more than 63 Likes.