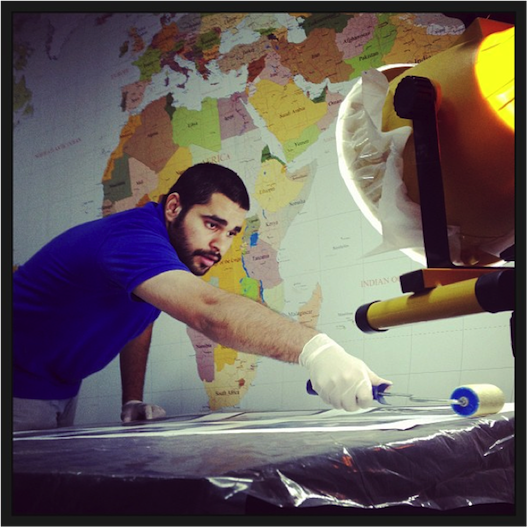 As serendipity would have it, entrepreneur Yazin Al-Irhayim stumbled into a lucrative business idea while attending a workshop at the business incubator where his former start-up, Print.bh, was located. As he walked out, he decided to turn it into a brand new startup.

“This is my second startup in under a year,” says the 28-year old, who quit a six figure job with General Electric to pursue entrepreneurship, applying everything he learned from his unsuccessful venture to his new one.

“I attended an iPhonography workshop (photography using the iPhone) delivered by Rasha Yousif at the Bahrain Business Incubator Center, where our office was located. I didn't really know what to expect, but I attended anyway since it seemed interesting. It was during the coffee break that Rasha gave me the idea of doing canvas art,” he explains.

With each canvas backed by a 100-year guarantee, Al-Irhayim’s new venture, Canvas.bh turns any photo—no matter how small—into beautiful pieces of immortalized art.

With the growing popularity of online photo-sharing site, Instagram, Canvas.bh has rapidly gained traction in the Bahraini market.

“We officially launched on April 30, and our customer base has grown by 140% with a ~90% increase in orders [since our earliest days]. Currently, 35% of our customer base has placed repeat orders. It has been really good—much better than anything I expected,” Al-Irhayim says of the customer uptake.

It might not be as popular as the Instagram channel selling sheep in Kuwait, but with 444 followers at time of print, the #canvasbh channel is growing.

“We've seen mothers, sisters, brothers and friends print canvases of each other. They make wonderful gifts, and people love the fact that it's long-lasting—unlike chocolates or perfume, for instance. We also work with professional photographers to create canvas art for galleries, and exhibitions," says Al-Irhayim. 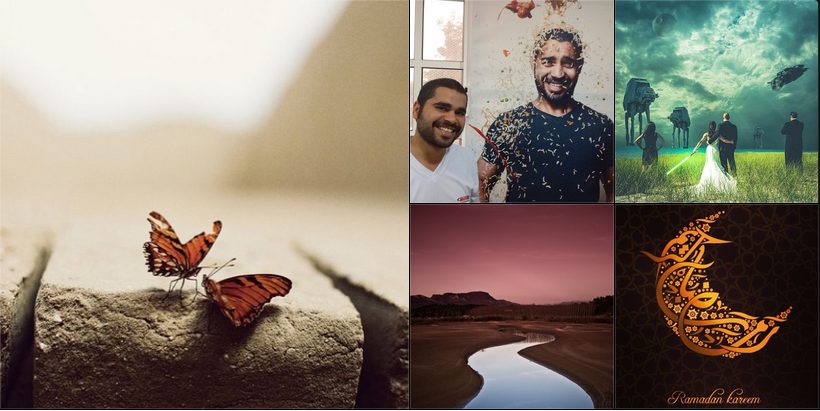 With over 130 million monthly active users, Instagram is one of the fastest growing social networks, and the 4th most popular social media site in the Arab world according to a report by Northwestern University in Qatar.

Bahrain has the highest Instagram user base (61% of respondents), which is more than four times the regional average.

And while many entrepreneurs have begun capitalizing on Instagram and enabling users to bring their images to life through a tapestry of items such as stickers, t-shirts, bangles, and mugs, Al-Irhayim maintains he would rather do one thing, and do it better than anyone else.

“That's the mantra I live by. We do canvas, and only canvas. We import the very best materials from the US and Germany—coupled with our secret image enlargement technology—the competition don't stand a chance!” he grins.

“No fine art printer in Bahrain would touch an Instagram image, because the image is so ridiculously small,” he adds. However, the cost of maintaining quality has been somewhat of a challenge.

“Importing materials is an absolute nightmare. I'm no longer surprised when I see the shipping prices exceed the price of the item I'm shipping! And restrictions on transporting certain materials (like liquids) often means numerous delays and piles of paperwork to process,” Al-Irhayim complains. 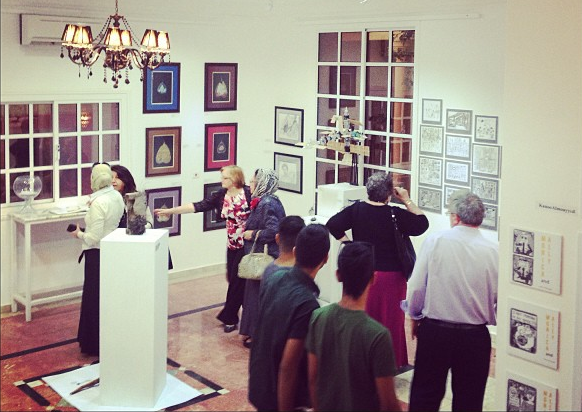 Al-Irhayim is a serial entrepreneur who also won first place in the 2011 Bahrain Startup Weekend for Charitime, an online platform that allows talented donors to fund causes by volunteering their skills; as he now focuses on Canvas.bh, he's looking to expand across the Arab region.

“We've had so much demand within Bahrain, that we've had to spend a lot of time putting together systems and processes that will help us scale sustainably, he says.

The plan for regional expansion is set to roll out in phases, starting with Kuwait and Qatar in August, followed by UAE, Oman and Saudi in subsequent months.

“I'm also looking for other crazy people,” he adds. “We just might start something big, or have a lot of fun trying!” Those who are interested can reach out to him.