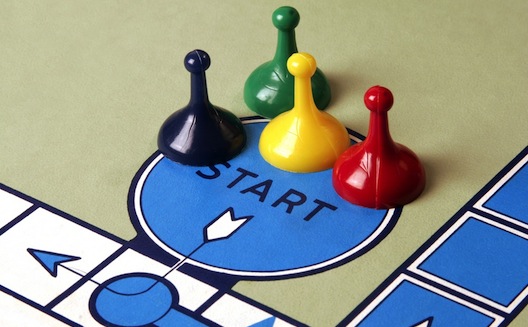 Gamification, as defined by PwC’s Technology Forecast, is the use of a wide range of game design techniques in non-game environments to motivate user behavior. When I last wrote about the ways that gamification can help startups make work fun,  it seemed that  few entrepreneurs were exploring the  implementation of game mechanics outside the realm of actual game development.

Serial entrepreneur Ahmed El Rayes is one of the few entrepreneurs looking to change that, by bringing the “power of games” to the Middle East.

After starting his first venture at the age of 17, El Rayes launched several other food and beverage companies in Kuwait before moving to Dubai to launch Gamified Labs, a gamification venture that focuses on gamification consultancy, interactive media, and education technology,  spinning out ideas built on the tenets of “engagement, involvement, feedback, and rewards.” In less than a year, the young startup has grown to a team of 12, aided in part by the ecosystem of talent created by Ubisoft’s Abu Dhabi offices (allowing El Rayes to hire “people that are already gamers!” as he says).

One of the team’s most interesting and upcoming projects is coming out of the education technology (or EdTech) arm of the startup. The “Educators Club” is the first online platform that aims to connect teachers and schools across the region. Teachers using the platform can upload a personal video résumé, undergo personality assessments, and provide “360 feedback” to one another to facilitate learning across the region.

The Educators Club also includes a “community” component that helps teachers collaborate online; the platform is designed to maximize engagement and feedback. To generate revenue, the platform charges schools a subscription fee for access to a database of teachers , ranked by their activity on the platform (such as answering the questions of other teachers on forums)  which may come in handy as recent political turmoil may exacerbate the shortage of teachers in the region.

Helping to reform education isn’t all that Gamified Labs has in mind, however. Perhaps the most interesting twist the company will put on achievement will be in the public sector. When pressed on the issue of “gamifying government,” Al Rayes is quick to illustrate its advantages in handling traffic control and supporting e-government.

In fact, Al Rayes goes as far as recommending gamification as an answer to the Arab spring. In his words, governments should “[i]ncrease involvement, increase engagement, increase feedback and create loyal citizens who feel that their voices are valued especially when they get rewarded for their participation! Gamification could act as an aid to prevent unnecessary violent springs.”

This might be a very optimistic view, but that’s not to say Gamified Labs hasn’t already received requests to work with different governments in the GCC. Only time will tell what the future of gamification holds for the Middle East.